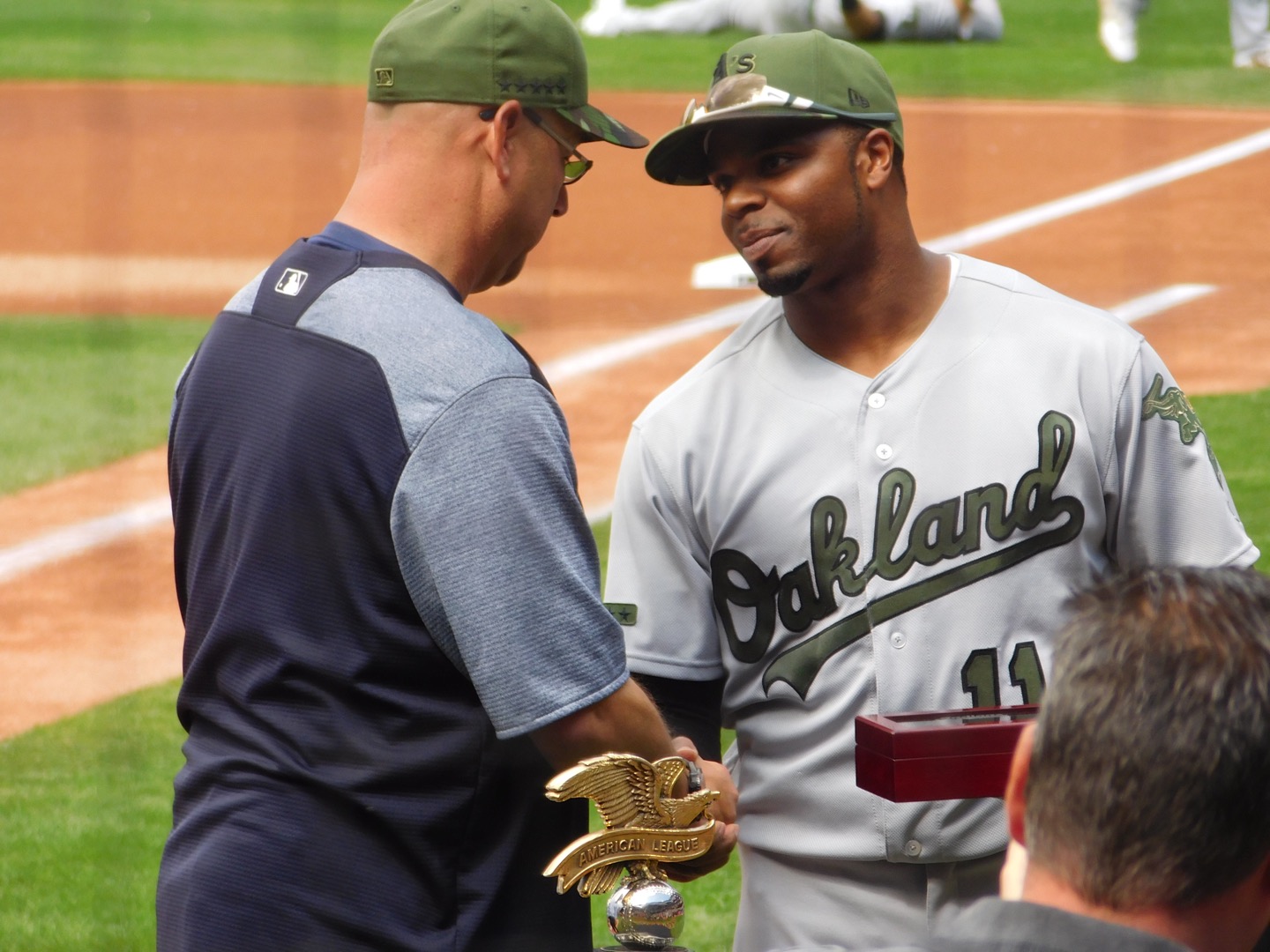 CLEVELAND – Everyone will remember where they were the moment that former Indians outfielder Rajai Davis hit an amazing tying homer in the 8th inning of game seven of the 2016 World Series between the Cubs and Tribe. 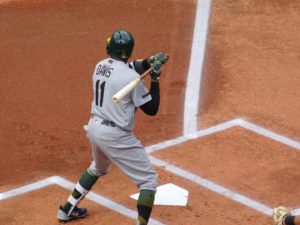 Davis’ homer will go down in history as one of the greatest in Indians history, and Monday at Progressive Field the outfielder made his first return to the park since game seven.

The outfielder now plays with the Oakland A’s, but the team went out of their way to put up a tribute video and present him with his 2016 American League Championship ring.

The ring was given to him by Indians manager Terry Francona, who jokingly said before the game about Davis that “I hope he gets a warm reception and then strikes out four times.”

Davis also got a nice ovation when he came to the plate for the first time, and much like his at-bat against Aroldis Chapman in game seven, he fouled off a number of pitches against Indians pitcher Carlos Carrasco.

This time though, he flied out right for the first out of the game.