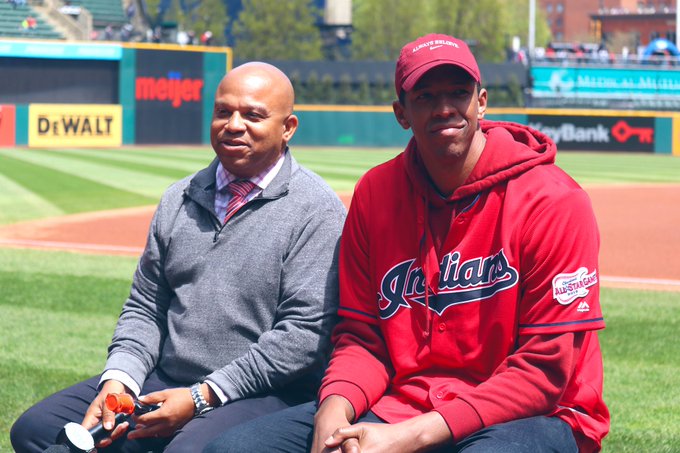 Newly retired Cavalier Channing Frye is enjoying life even more now that his NBA career is over. The popular veteran got a number of fond farewells from teammates and Cavs fans, and Sunday he said good-bye to more fans at Progressive Field when he threw out the ceremonial ‘first pitch.’

Frye sadly made it a day he probably would like to forget, as his throw (if you even want to call it that) went just (that’s being nice) outside.

Here’s video of the pitch from Sports Time Ohio

Frye took to twitter to explain exactly what happened:

The mound was uneven

The Indians even tried to stick up for Frye:

The 5 mph winds were whipping around like crazy today. He's not wrong.

Frye has to make the list of the ‘worst ceremonial first pitches of all-time.’

Tribe Trounced in Series Finale by the Mariners 10-0; Indians Fall to 18-14
Bauer Beat Up as Indians Offense Not Match for Nova in White Sox 9-1 Win