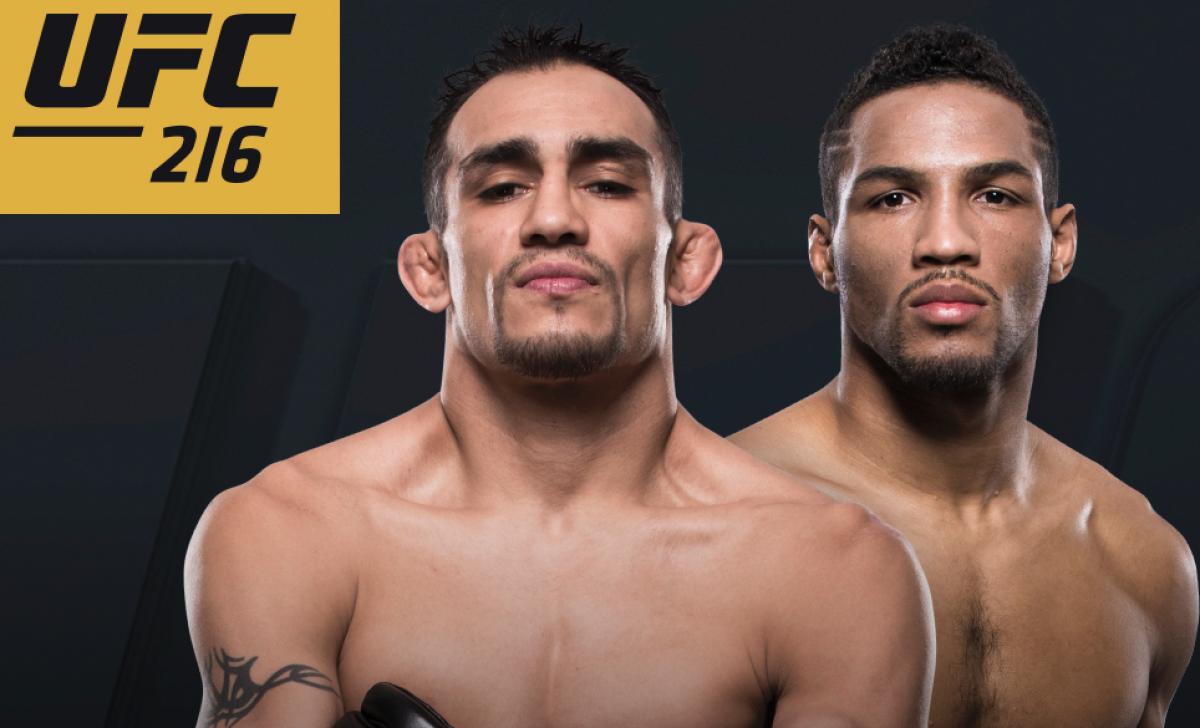 LAAS VEGAS, Nevada – It was a night of Submissions at UFC 216 in the fight capital of the world.  The main card saw four submissions, two by arm bar and two by triangle choke. Tony Ferguson earned the interim UFC Lightweight Championship with a dominating win over Kevin Lee.

UFC Flyweight Champion Demetrius Mighty Mouse Johnson set the UFC record with his 11th straight successful title defense.  Here below, are just a few of my hot takes from the evening.

Does this win earn Ferguson the next shot at Conor McGregor?  I believe so.  He is clearly the number one contender to McGregor and this is when common sense and legitimate rankings need to take over.  A title shot for anyone else in 2017 would be ridiculous.

A fractured card still performed.  With so many fights being pulled from this card in the last few weeks, days and now even hours, it still did well and kept the fans entertained.  A main card that saw 4 submissions and a whole lot of action!

Kudos to Francis Ngannou for offering to fight Fabricio Werum on just a moment’s notice when Derrick Lewis suddenly pulled out of the fight with back issues.  Ngannou is currently set for the co-main event in December at UFC 218 against Alistair Overeem but was willing to risk that to get the fans a show tonight.

Demetrius Johnson has cleaned out the UFC Flyweight Division.  Unless Sergio Pettis goes on a massive hot streak, I’m not sure who you can justify giving a title shot against Johnson too.  Perhaps he bumps up to 145, a division that is absolutely loaded.

Say hello to Mara Romero Borella.  With the UFC Women’s Flyweight in desperate need of some talent, Borella may have just stepped up in a big way tonight with a convincing rear naked choke in under three minutes against a competitor she didn’t even realize she was fighting until a few days ago.

Alexander Has Big Night As St. Ignatius Claws GlenOak, 34-17
Browns Need To Do Everything They Can To Hold Onto Whatever Fans They Have Left