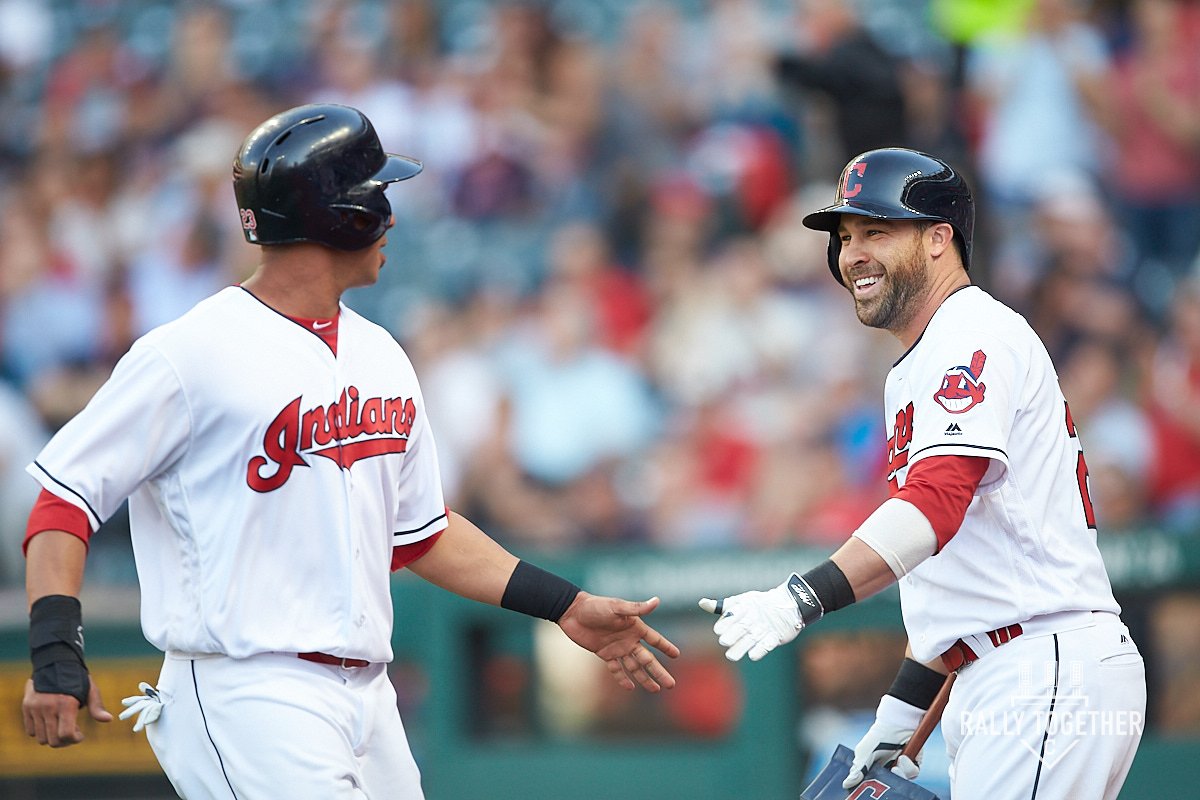 CLEVELAND, Ohio– The first inning was the main key for the Tribe and Danny Salazar can thank his teammates for that.

In the first inning, starter Danny Salazar gave up a double to Robinson Cano which barely landed fair in left field. The next batter, Nelson Cruz launched a two-run homer to center field which gave the Mariners a 2-0 lead. It became a 3-0 ball game when Kyle Seager who has success against the Indians in his career hit a homer that just cleared the wall in center.

Danny bounced back though after the first inning struggle.

“They were being aggressive and swinging at the first pitches,” Salazar said. “Just wanted to attack the zone today.”

“That put our energy up and I have no doubt what this team can do with their bats and their gloves behind me,” Salazar also added.

But boy oh boy, the bottom of the first changed. Seattle starting pitcher Yovani Gallardo walked three batters and Jose Ramirez delivered, hitting the ball to right field scoring two which gave him a double. Then, Lonnie Chisenhall brought in two more runners after he singled on a sharp groundball that went up the middle. It was enough to get the Tribe the victory on this overcast Saturday afternoon to improve their record to 13-10.

“The comeback in the first inning was huge for us;” Indians manager Terry Francona said.

Reliever Andrew Miller came in and pitched to finish the rest of the seventh inning and the eighth. Nothing changed about Miller as he attacked the strike zone like always and making four batters look silly at the plate as they couldn’t catch up with his fastball or his slider down and away.

The Indians will try to go for their second straight series win before going away from Progressive field for 10 games starting Monday in Detriot. Josh Tomlin (1-3, 9.33) will start for the Tribe as Chase De Jong (0-1, 5.79) pitch for Seattle.

Indians and Mariners combine for 7 runs in 1st inning, Three Takeaways from Indians 4-3 Victory
Indians Catcher Roberto Perez Makes the Most of His Chances at the Plate in Sunday’s Blowout Win