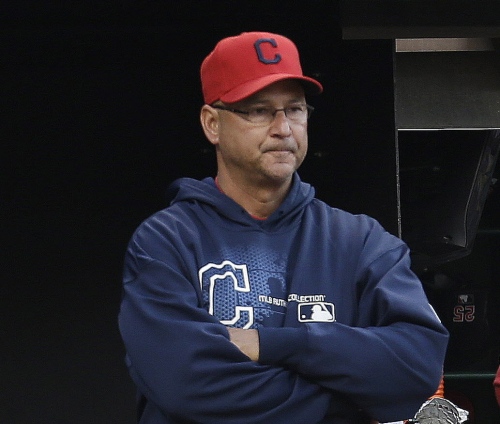 Remember last year when the Cleveland Indians were on the cover of Sports Illustrated, picked to win the World Series?

Or how an ESPN article picked them to win the American League?

An ESPN staff writer, Christiana Kahrl, says the Tribe has the best starting rotation in baseball.

Here’s an excerpt from the article:

“If you were debating which team had the best rotation in baseball last season, you might have mulled the merits of the Mets versus the Nationals or speculated that the Cardinals had something special. This season, those teams’ rotations are all still formidable. St. Louis lost John Lackey but gets Adam Wainwright back. And by adding Lackey, the Cubs inserted their imposing unit into the mix.

But the rotation with the stuff to be baseball’s best in 2016, in the American League, at least, and perhaps in all of baseball? It ain’t any of those teams. It belongs to the Cleveland Indians.

Respectfully, ESPN. Thanks, but no thanks. We don’t need you adding on to the curse. It’s not you. It’s us.

Urshela, Adams, Among Group Optioned to Triple-A; Chamberlain Informed He’ll Make the Team
Countdown to Opening Day: Reason #9 Why The Cleveland Indians Will Rock in 2016: The Back End of the Bullpen