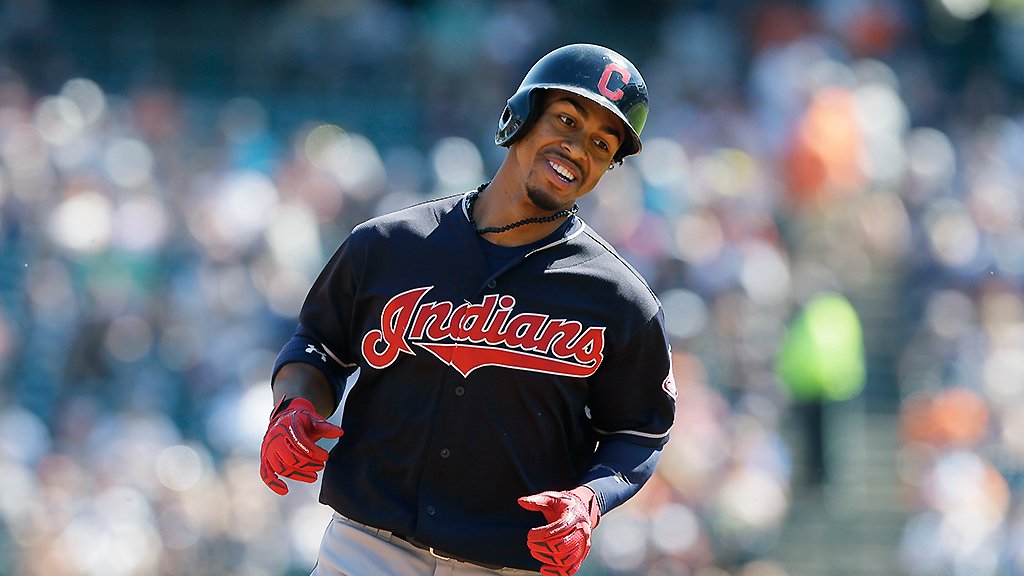 Special to NEOSI by Sam Abood

Indians rising star Francisco Lindor has done nothing but impress since his Major League debut on June 14th of 2015. He went on to play in 99 games that year and finished as the runner up in Rookie of the Year voting.

He was narrowly beaten out by Carlos Correa of the Houston Astros for that distinction. 2016 saw continued improvement for the young shortstop from Puerto Rico.

He raised his batting average to over .300, drove in 78 runs, hit 30 doubles, and swiped 19 bases. Oh, and he also won the Platinum Glove Award, given to the best defender in all of baseball.

Lindor headlines baseball’s new wave of elite shortstop talent and has quickly established himself as one of the most marketable young faces in the game.

The Indians are thrilled with his development and he has become a fan favorite at Progressive Field.

Fans better enjoy these next four years before he becomes a free agent and signs one of the largest contracts in baseball history. The only problem is, that contract won’t be with the Indians. 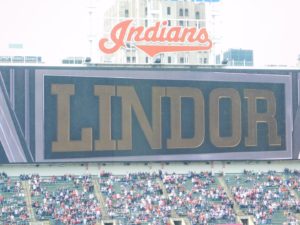 Reports surfaced in early April Lindor turned down an extension offer of over $100 million from the Tribe.

At first glance, that decision seems like a head scratcher, but take a look at what experts are projecting right fielder Bryce Harper of the Washington Nationals to make when he signs his next contract at the end of 2018. Here’s a hint, it’s near a half billion dollars.

Harper, along with Baltimore Orioles third baseman Manny Machado is one of the best players in the game and both will sign their first contracts since their rookie deals after next season. It’s reasonable to use these two as a litmus test to try to place a number value on a player like Lindor. The contracts signed by these two players will establish the precedent for Lindor.

It’s well known that Indians owner Paul Dolan is frugal when it comes to his team. The offseason acquisition of Edwin Encarnacion in 2017 for three years at $60 million represents the largest contract ever given out by the team.

Prior to the assembly of this current team, the Indians under Dolan’s ownership continually traded away the team’s best

players in order to avoid paying them big money when their contracts were up.

It’s not surprising, it’s a model that mid-level teams have followed in the past with a number of teams having success like the Tampa Bay Rays and Kansas City Royals.

The Indians appear to be turning a corner and have become more willing to spend money in order to maximize on their current window for success.

That window for success may just vanish around the time that Lindor becomes a free agent. The Indians have done well to lock up their young talent by signing them to extensions just before they really establish themselves in the league.

Players like Corey Kluber, Jason Kipnis, Jose Ramirez, and Carlos Carrasco are all examples. Most of those deals will have expired by the end of the 2022 season when Lindor becomes a free agent. While that means that the team will have money to spend, it also means that they will have some significant holes to fill.

That being said, it seems highly unlikely that a team heading towards a rebuild with a notoriously frugal owner would invest hundreds of millions of dollars in one position.

Lindor is a star in this league and is continuing to improve every day. His ceiling is as high as anyone in baseball.

It will be fun watching him set records in Cleveland over these next few years and the fans better enjoy it while they can.