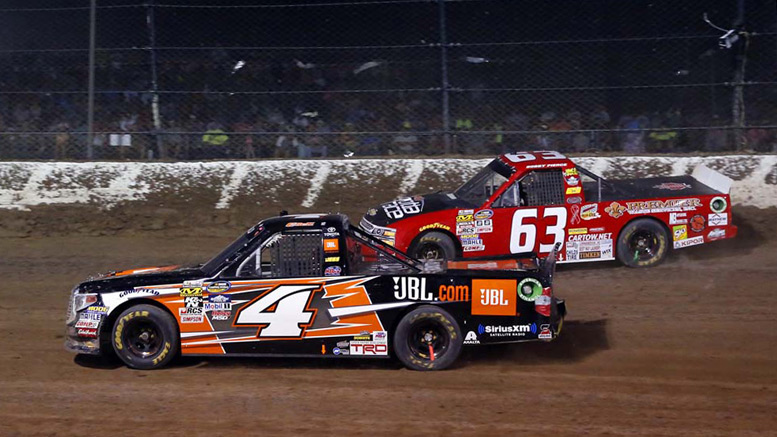 Just days after playing host to one of the biggest annual sprint car events, Eldora Speedway in Rossburg will turn around and welcome the NASCAR Camping World Truck Series, the only dirt track that is a part of the three top-tier series in NASCAR. The 5th annual Eldora Dirt Derby also features a full show from the big-block modifieds on both nights.

NASCAR Camping World Truck Series practice will be held Tuesday with the race scheduled for Wednesday. Just like you would see at your local short track every Saturday night, the Eldora Dirt Derby features qualifying, heat races and a last chance race ahead of the 150 lap feature.

The annual event on the half mile clay oval showcases truck series regulars battling with dirt track aces. Christopher Bell is a 3-time winner this year in the truck series and is one of the favorites to take the checkered flag Wednesday night. Bell finished 2nd in 2016 and won the event in 2015. Bell, who cut his teeth on dirt tracks also visited victory lane this weekend at Eldora, winning the Knight Before the Kings Royal on Friday, while charging from 20th to 2nd in the Kings Royal on Saturday. Bell trails point’s leader Johnny Sauter by 28 points.

Kenny Schrader, Rico Abreu, Chris Windom and Bobby Pierce are among those that have a dirt track background that could leave with a win. Schrader is a legend who owns four career wins in NASCAR’s highest level. Schrader has started all five truck races at Eldora winning the pole in 2013 with an average finish of 10th. Abreu will make his first start in the truck series in 2017 after running the entire slate one year ago. Abreu will be in the same truck he drove last year that finished 3rd. Windom is the 2016 USAC Silver Crown Series champion and will be making his truck series debut. Pierce is a late model racer who won at Oakshade Speedway Friday night and finished 13th in this year’s late model dream at Eldora. Monster Energy NASCAR Cup Series regular Ty Dillon is also entered.