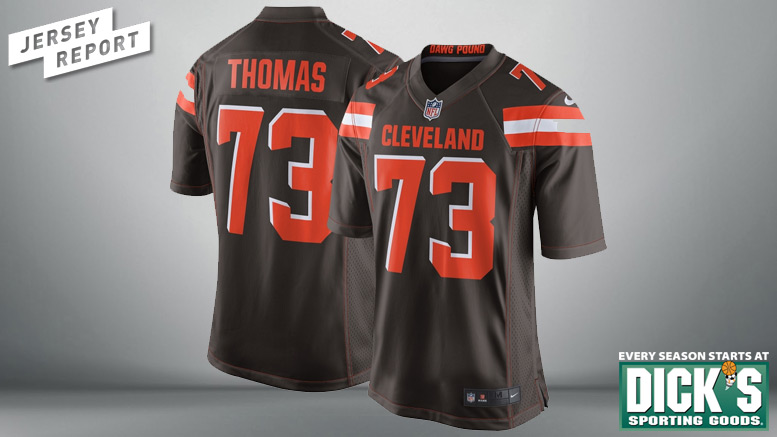 This is a sponsored post written by me on behalf of DICK'S Sporting Goods . All opinions are 100% mine.

Awhile back, DICK’S Sporting Goods launched the Jersey Report, a really cool dynamic ranking system that aggregates sales data from DICK’S Sporting Goods stores (online and in-store) to show fans which jerseys are most popular, who’s jerseys are on the rise, and things of that nature. The sales data can be viewed by: overall, offense, defense, rookie and team rankings by week, 30 days, season (which starts on Draft day).

Tom Brady, Von Miller, Antonio Brown, and Russell Wilson making the Top 10 list should come as no surprise to anyone. But the fact that Philadelphia Eagles rookie Carson Wentz (who’s been absolutely crushing it for the Birds this season) has outsold everyone for the past month, now that’s impressive!

Sadly, with the Browns suffering from a 0-8 season so far, it’s no surprise that Browns jersey sales are pretty lackluster this season, with the team ranking #17 in terms of jersey sales. But whatever, that hasn’t stopped die-hard Browns fans from showing their love for their team. Here’s one of our very own proudly showing off his Joe Thomas jersey: 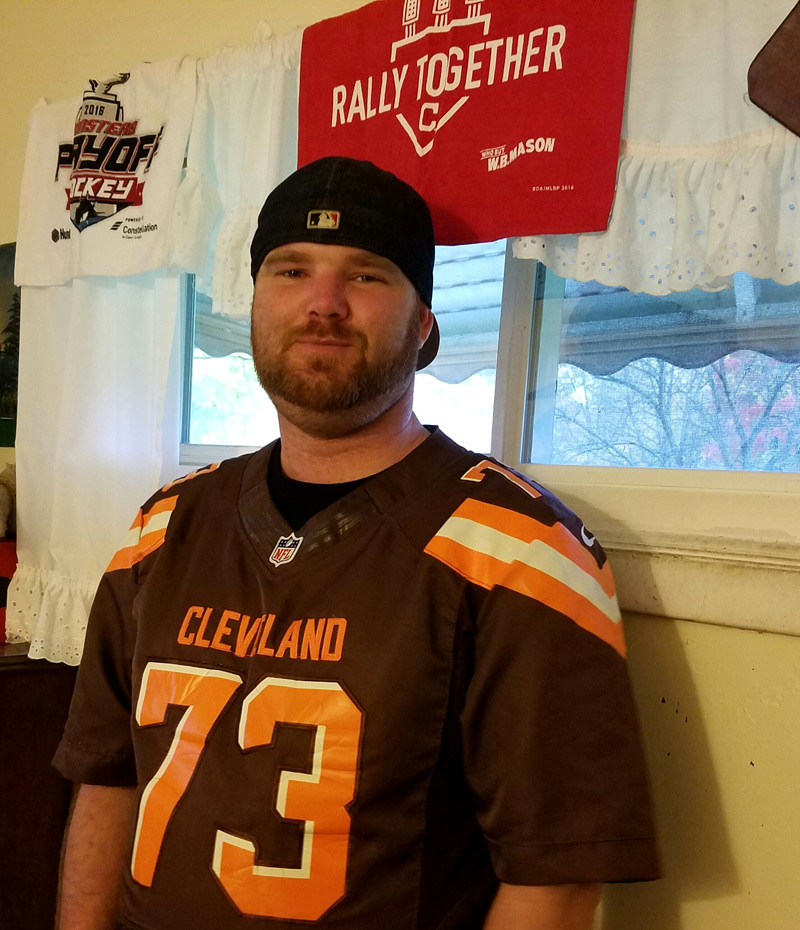 It’s pretty darn cool to watch and see how the sales of your favorite players’ jerseys rise, fall and stack up against the competition, especially if they just had a big weekend. Cowboys’ Dak Prescott is another rookie who has been on a tear as of late, so it’s no surprise to see him flying up the chart, moving up 46 spots over the past month and landing firmly in the Top 10!

The DICK’S Sporting Goods Jersey Report is a really cool way to give fans access to new information on the players and the game they love, and if you’re like me, once you start playing with it, you’ll lose all track of time! Try it out for yourself and let us know what you think of it. 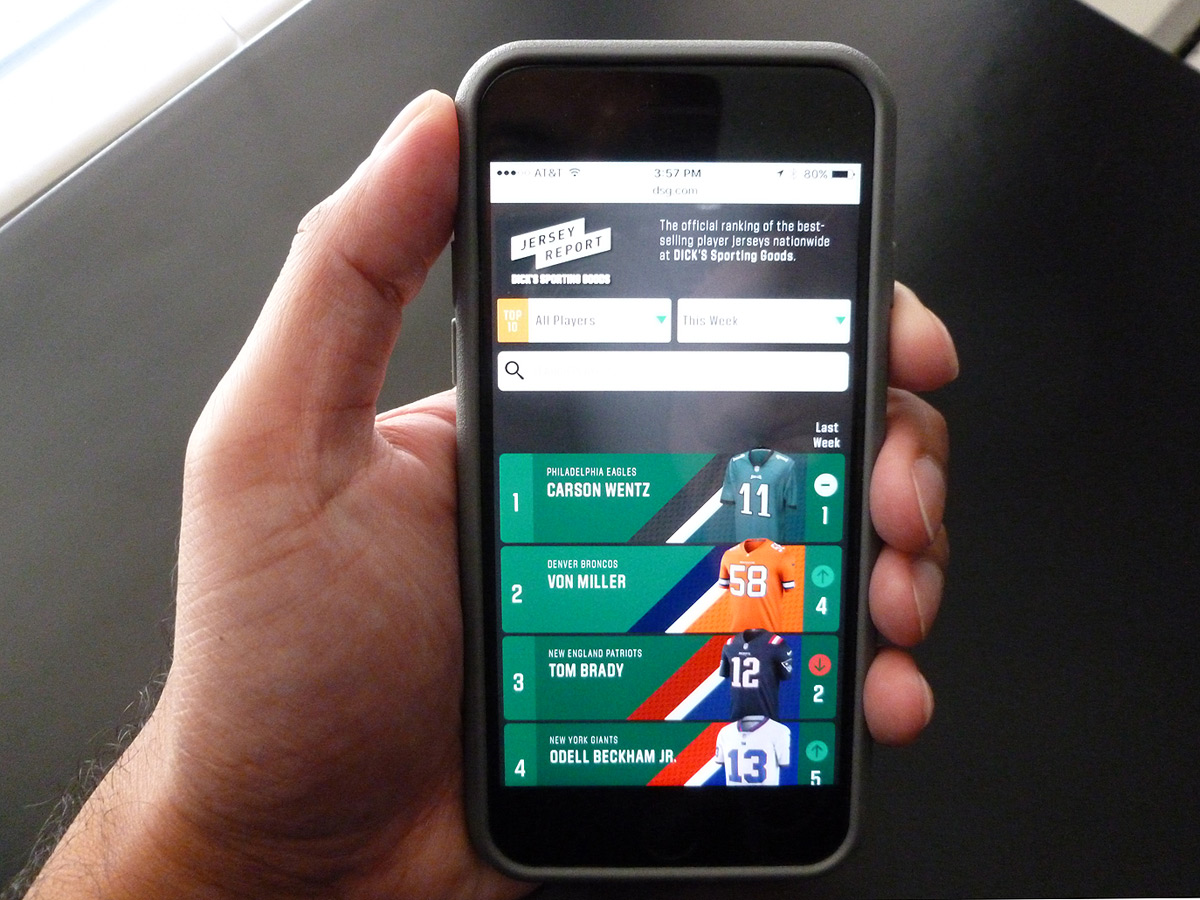