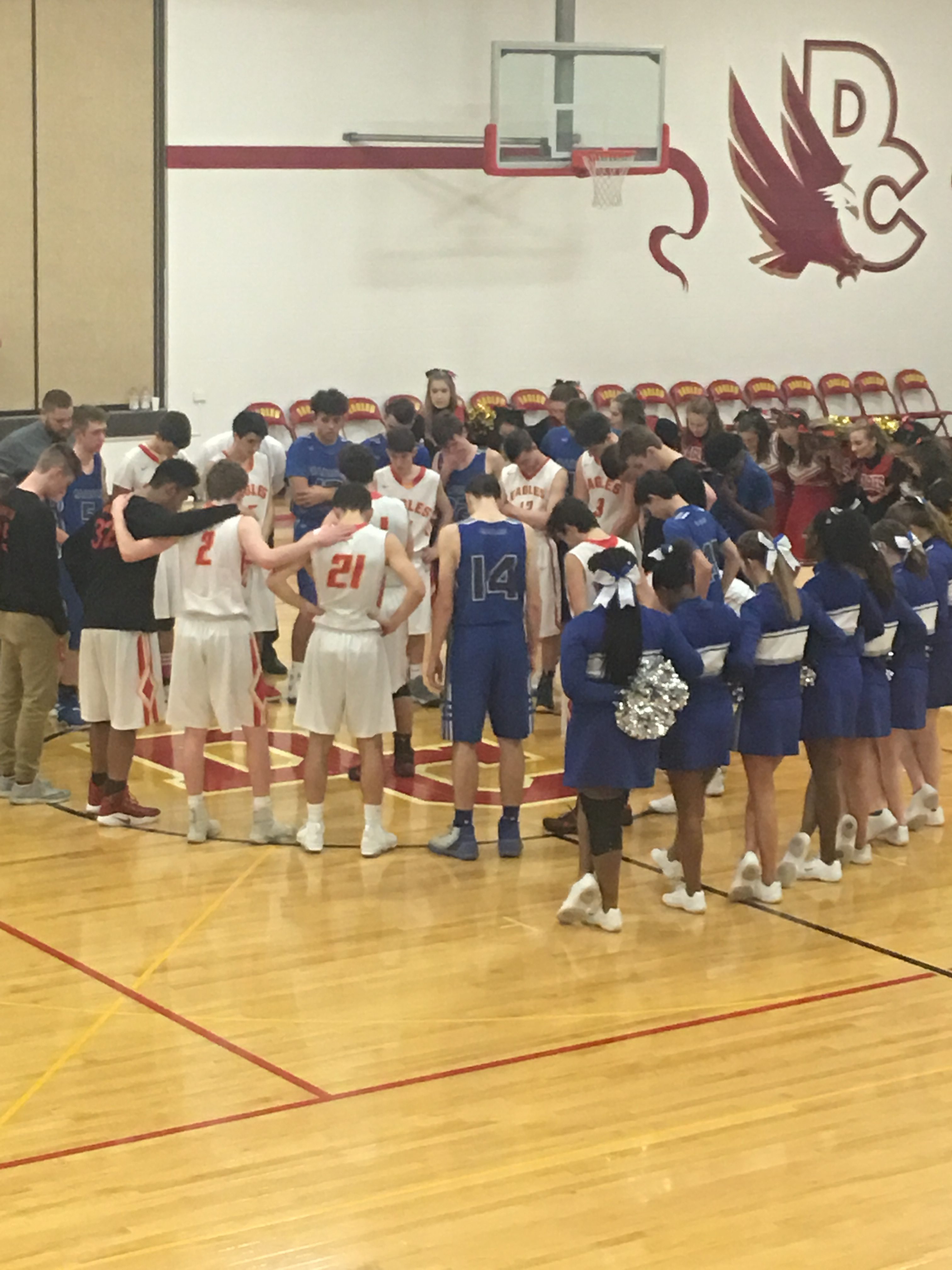 “We just got outworked, and we’ve been outworked this season.” Jon Landrum, Delaware Christian’s head coach said about his team, who seemed to do what they needed to tonight to not be outworked. It did not look that way from the beginning, with the game in the favor of Madison Christian at the end of the first quarter.

Levi Ross started off the scoring in the second quarter, and the teams traded scores from Ryan Manny and Micah Eberle, bringing the score to 18-10. Cameron Kimbler added two points on a pair of free-throws to extend the lead to ten, but Delaware Christian gained momentum going into halftime, scoring the last seven points.

This run gave the Eagles confidence going into the second half. Landrum was confident with his players, saying “it is not a matter of if we win, it is a matter of when we win.”

His players took this to heart and kept it close. By the end of the quarter, they were able to get their first lead of the game. Nathan Stewart hit a three and John Comer scored to take the lead while Delaware Christian closed out the quarter with a 34-32 lead.

Delaware Christian maintained control of the game in the fourth quarter, only allowing two more baskets from Madison Christian. As the final buzzer sounded, they were victors by a final score of 47-36.

Isaac Rindfuss had 12 points to lead Delaware Christian, and Ryan Manny had 10, with 16 of their 22 total points coming in the second half. Levi Ross led Madison Christian with 12 points, with the majority of them coming in the first half. Jacob Stelzer added 11.