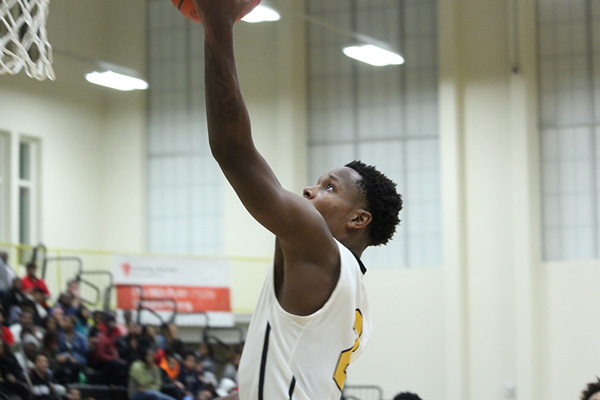 LORAIN, Ohio- We had a top-25 showdown tonight between two Lake Erie League teams with the No. 15 Cleveland Heights Tigers winning over the No. 10 Lorain Titans 65-55. From start to finish, the Tigers really controlled the game as they came into a hostile environment and knocked off a tough Titans team. The Tigers had timely shooting from behind the arc as well as a stingy defense that slowed Lorain down from the beginning.

Tyreke Smith usually gets all the attention for Heights as the 6-foot-5 senior prepares to enroll at The Ohio State University this fall to play football for Urban Meyer, but the star tonight for the Tigers was Javon Roberts. The 6-foot-1 senior guard came up huge for Heights pouring in a game-high 20 points to lead all scorers.

Cleveland Heights had more experienced players tonight and it showed as four other seniors chipped in as well to help out. Grayson Green was a monster in the paint doing it all from scoring, rebounding, or playing tough defense against Lorain’s star Taevon Pierre-Louis. Green finished with 14 points. The outside shooting touch was displayed by senior Keith Jackson, who contributed 12 points off the bench for the Tigers. Yahel Hill scored 11 points to round out the senior led charge.

On the other end for Lorain, they just could never get it really going. The closest the Titans got down the stretch was to a five-point deficit, but they could never get over the hump. Senior David Weatherington kept Lorain close throughout the game and sophomore Jordan Jackson both chipped in with 11 points. It was the two juniors for Lorain who struggled to take control of the game in Davon Grant and Taevon Pierre-Louis.

The pressure was on to perform and it was one of those nights where nothing went in for the dynamic duo.Grant led the Titans with 12 points. Pierre-Louis provided a spark and ignited the crowd with a tip dunk and a few other attempts at throwing it down, but in the end, it was the Tigers that prevailed. Up next for Cleveland Heights they host Warrensville Heights and Lorain hosts Clearview. Both games take place on Saturday, Jan. 20.