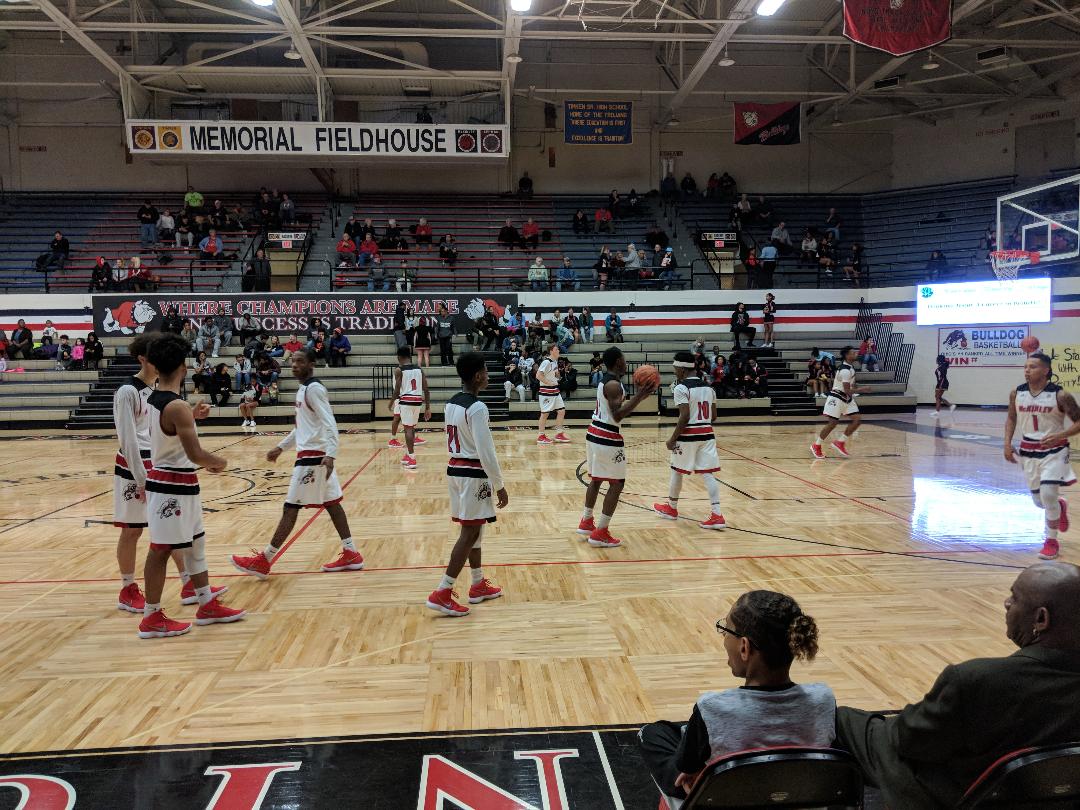 CANTON, OHIO– Suffocating defense and excellent ball movement to start the game helped the Canton McKinley Bulldogs improve their record to 6-5 overall and 4-3 within the Federal League with a win over the Perry Panthers. Final score from the Fieldhouse was 62-38.

The Perry Panthers scored the first points of the game, but the Bulldogs took over after that and never looked back.

From start to finish, the Bulldogs really pushed the ball every time an opportunity presented itself. Junior guard Deontae McCollum scored 16 points. McCollum was very active at both ends of the floor, but especially on the defensive end. He played great defense on the perimeter and the passing lanes. On the other end, McCollum did a nice job of knocking down open shots and getting to the rim.

McKinley was swarming on defense and did an excellent job of clogging the paint. The Panthers tried early in the game to get points in the paint. Sophomore forward Jagger Haynes had the most success, but even Haynes was forced into difficult shots that he managed to get go down. Jagger finished with 11 points.

The Panthers were led in scoring by junior guard Julian Jackson. Jackson finished the game with 15 points.

Perry was still close at the end of the first quarter, trailing McKinley 15-9, but were out-scored in the second quarter, 16-8. The Bulldogs held a 31-17 lead at halftime.

By the end of the third quarter, Canton McKinley held a solid 47-29 lead. With under three minutes left in the game, the score was 56-34, as the Bulldogs were in complete control. This allowed coach Rick Hairston to pull his starters and let the bench bunch finish out the game.

Overall, the Canton McKinley Bulldogs really played good defense, from the inside, out. The Panthers really struggled to find any openings to get an open look. When Perry did try and force the issue inside, McKinley put bodies on bodies and forced turnovers when any Panthers players brought the ball below their waist. Once the ball was loose, the Bulldogs were out on a fast break and Perry simply wasn’t ready for McKinley’s speed at either end.

The Bulldogs also had their way inside the paint when it came to scoring and second-chance points.

After the game, Hairston talked about the team’s overall performance.

“We’re not worried about our offense,” he said. “We know we can score. Tonight, we played good defense, and consistently. That’s what we’re trying to get better at as a team is the defensive side of the ball. We want to be a good defensive team more consistently.

The Bulldogs head to Green next Tuesday for a match-up with the Bulldogs. Green currently sits in second place in the Federal League with 7-3 overall record after defeating first-place Lake 52-49.

With the loss, the Panters drop to 2-10 and 0-7 within the Federal League. They’ll travel to Green to take on the Bulldogs this Friday night with tip-off set for 7:30 p.m.