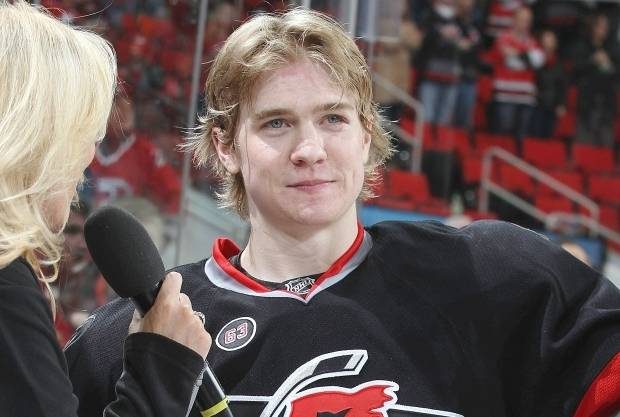 The NHL’s Columbus Blue Jackets announced Monday that they have claimed veteran forward, Zac Dalpe on waivers from the Minnesota Wild and have assigned the former Carolina e to the Cleveland Monsters.

Dalpe was a collegiate athlete playing forward for the Ohio State Buckeyes where he was the assistant captain for the 2009-10 seasons. He also appeared in 76 NCAA games for the Buckeyes over a two year period.

Since then, Zac made his rounds in and through the AHLand NHL since being pick 45th overall in the second round of the 2008 NHL draft.

Dalpe has played for several NHL teams including the Hurricanes, Vancouver Canucks, Buffalo Sabres and Wild spanning parts of seven seasons from 2010-17, Dalpe posted 12-12-24 with 23 penalty minutes and a -28 rating.

Next up for the Monsters, it’s a Tuesday home clash vs. the Grand Rapids Griffins with full coverage, live from The Q, underway at 7:00 pm on 99X and the Monsters Hockey Network.

Stay tuned to NEOSI for continued updates and the best of Cleveland sports. Follow us on Twitter @neosportsinside and David Sprouse @NEOSI_Sprouse along with @Eli_Mooneyham for all the developing situations with the Monsters and Blue Jackets.