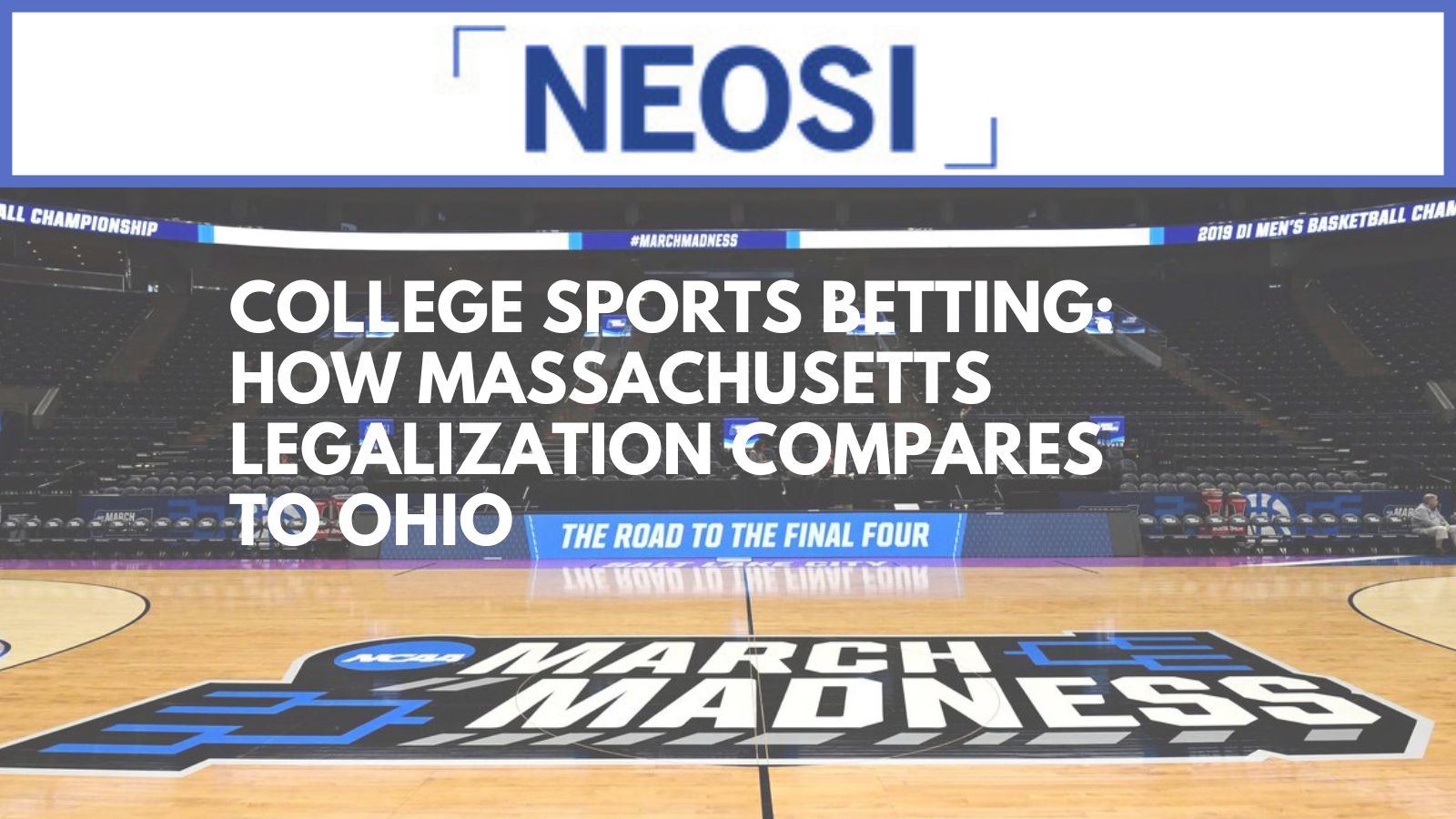 When Governor Charlie Baker signed sports betting into law in August, he set in motion the wheels of regulation and rules making that will ultimately lead to a launch date in the commonwealth.

Massachusetts joins neighbors New York, Connecticut, and Rhode Island to legalize sports betting in some form. With the popularity and success of Massachusetts sports teams such as the New England Patriots, Boston Bruins, Boston Celtics, and Boston Red Sox, the market is expected to be popular for sports fans who like to wager on their favorite teams.

It’s expected that Massachusetts will launch its sports betting market late in 2022 or early 2023. That could coincide with the launch date of Ohio, which is scheduled for New Year’s Day.

The emergence of Massachusetts and Ohio as the latest jurisdictions with legal sports wagering is highly anticipated, and there are bound to be comparisons. But there are a few surprising differences.

How Ohio is Simultaneously Launching All Betting Platforms

Ohio’s law is one of the broadest in the country for a first-time sports betting market. The state decided that rather than wait to roll out a betting market in stages, it would launch all platforms. The retail component even allows for licenses at sports training facilities. It’s likely that teams like the Cincinnati Bengals and Cleveland Guardians will eventually have retail sportsbooks or betting windows inside or adjacent to their facilities.

Massachusetts did not address retail sports betting licensing for professional sports teams. It is not allowed under the bill that Gov. Baker signed. That means we won’t see sports betting windows at Fenway Park or Gillette Stadium. At least not initially, and lawmakers would have to amend laws to permit such activity in the future.

Suppose you attended Boston University, and you just love the Terriers. The school has some of the most loyal alumni in the nation. And let’s suppose you’re crazy about Terrier hockey (the men’s team has won five national championships). Sports betting is coming to Massachusetts, which means you’ll be able to wager on BU hockey, right?

There is one exception: if you’re in Massachusetts, you will be able to wager on college tournament action. That means YES you can bet on the Frozen Four or the NCAA Men’s and Women’s basketball tournaments. That’s good news.

Also, to be clear: Massachusetts bettors will be allowed to wager on collegiate events that involve schools from outside the Commonwealth. So, you’ll be able to bet on a Duke/North Carolina basketball game, for example.

In Ohio, starting one second after midnight on Dec. 31, 2022, bettors will be able to wager on any college team, in-state or out-state (even the team up north that shall remain unnamed). Ohio sports betting laws permit betting on college competitions, regular season, and tournament action. Each sportsbook will undoubtedly offer odds on college football, basketball, baseball, hockey, and other approved sports.

Taxation: How Ohio and Massachusetts are Handling Revenue from Sports Betting

Both Massachusetts and Ohio have earmarked sports betting revenue in part to assist with social programs. In Massachusetts, the legislation states that a portion of the taxes received will go “to cities and towns, for educational purposes, and to enhance workforce opportunities for low-income communities and vulnerable youth and young adults in the Commonwealth.”

In Ohio, the law states that “98% of tax revenue be allocated to a fund for schools.” It’s unclear how the legislature and local authorities will be able to spend those tax dollars.

After a slight hiccup, Ohio lawmakers reversed themselves on sports betting tax laws. Originally, when its bill was passed, Ohio was going to require operators to pay taxes on gross revenue daily. In 2021, the state legislature altered that stipulation to allow the operators to reconcile their tax bills monthly.

Because of that change, sports betting operators in Ohio will be able to fold betting losses into monthly tax fees. A sportsbook may have three losing days in a row, but if on the fourth day it wins big, that impacts tax revenue. Under the original model, the book would be required to pay on the total handle (bets received) regardless of whether it had a plus or minus revenue day.

Ohio: 10% on gross revenue for retail and online sports betting.