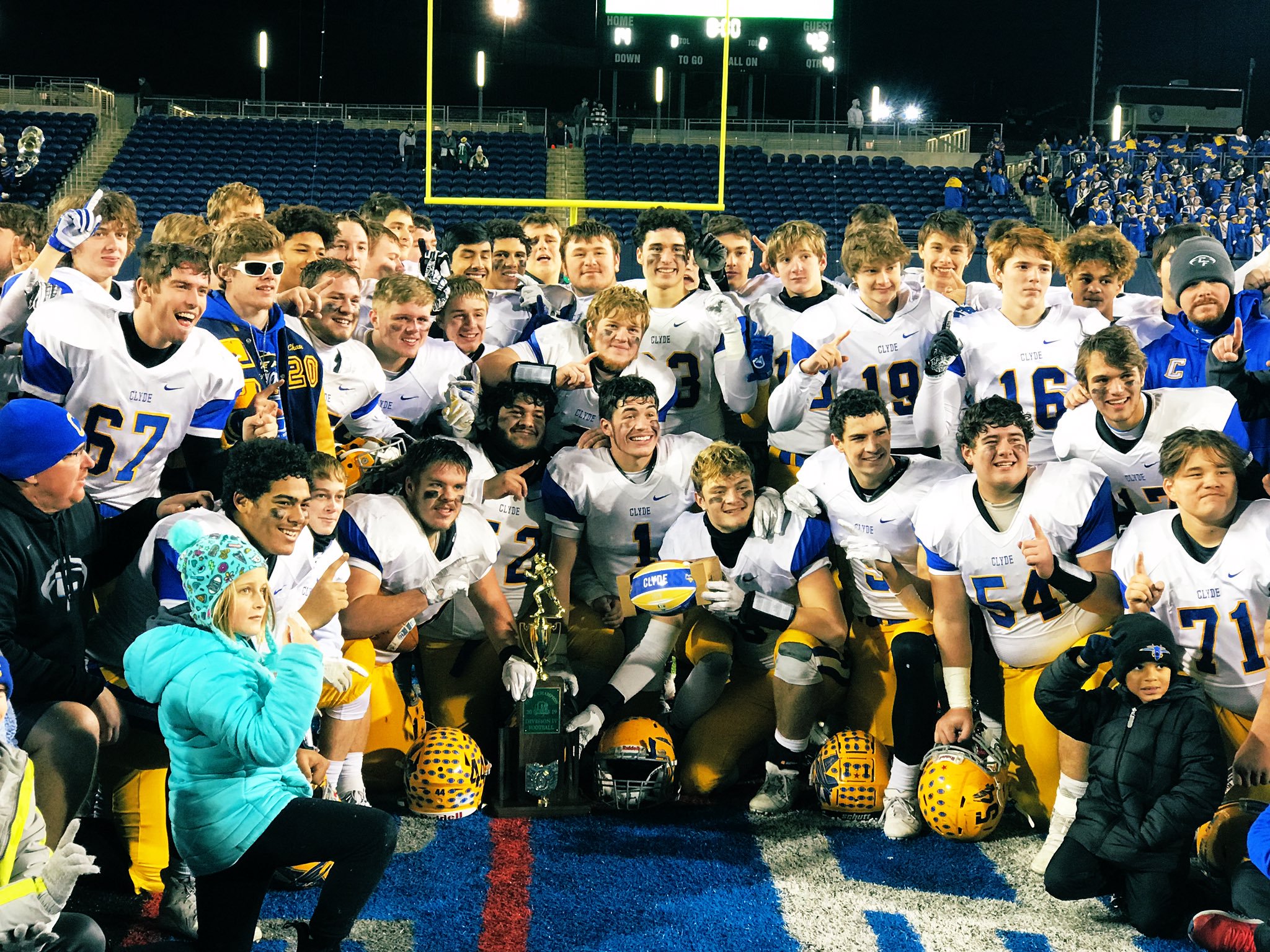 CANTON, OHIO – Clyde came into the playoffs as the 8-seed in their region.

They left the playoffs as state champions.

The road to the state title game was full of adversity for the Fliers.  After a three game skid that includes losses to Columbian, Norwalk, and Sandusky, it took a tight week ten victory over rival Bellevue to sneak into the playoff picture. But when the Fliers got rolling, there wasn’t a team that could stop them.

That held true for previously undefeated Licking Valley, as Clyde rolled to a 42-14 victory to claim their first state title since 1995.

It was a sloppy opening quarter for both teams. Clyde lost two fumbles and Licking Valley lost one, all in less than a minute.

Both teams tightened things up for the remainder of the first half. Flier quarterback Ryan Lozier picked up the first of two one-yard rushing touchdowns towards the end of the opening quarter.

Mitchell Ford of Licking Valley would respond with a short touchdown carry of his own to tie the game early in the second quarter.

The score was 14-7 heading into the locker room, and that would be as close as it would get the rest of the way.

Gunner Golden, the 5-foot-11, 195 pound running back, was a force on the field for Clyde. He powered his way to four touchdowns, three of which came in the second half. Lozier also added a rushing touchdown, his second of the game.

Despite the surprising blowout, many of the Licking Valley faithful were on their feet for every single play, rallying their Panthers to a late touchdown drive capped off by a 4-yard touchdown from Carson Conley to Logan Bragg.

That short touchdown would be the final points of the ballgame, as Clyde capped off their Cinderella story with a 42-14 victory.

Licking Valley had one of the best seasons in school history leading up to Saturday’s title game. The Panthers had won all 14 of their games, beating teams by an average of 31.2 points in the regular season.

For Clyde, they become the second team to ever win a state title as the 8-seed. Despite the regular season adversity, this Fliers team will be etched into the history books for years to come.