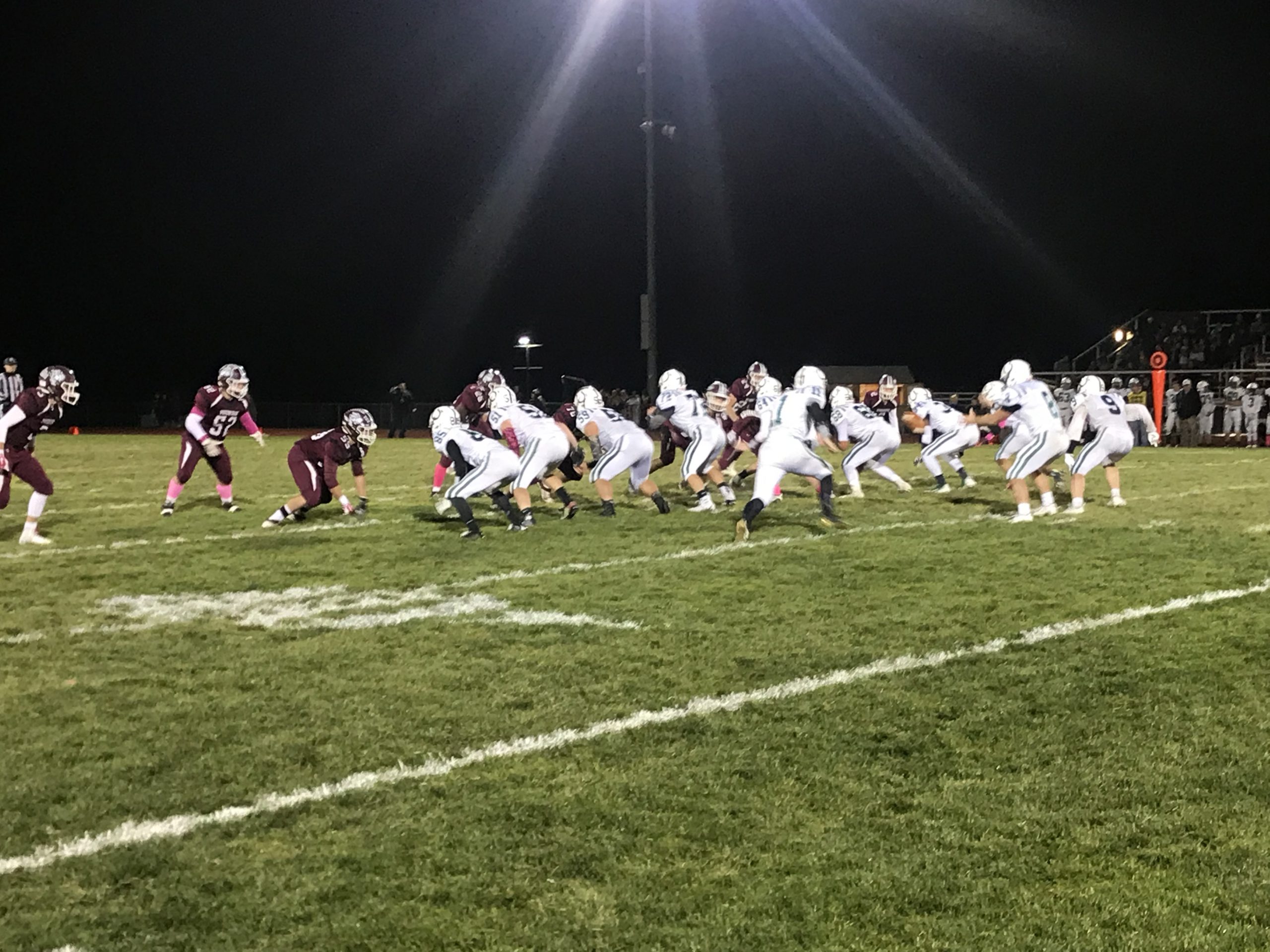 PENINSULA, OHIO – It was a night to remember for Cloverleaf quarterback Brody Stallings, as he led the Colts to a 34-28 road victory over the Bulldogs of Peninsula.

Woodridge running back Dohntay Williams would give the Bulldogs an early 7-0 lead with a short touchdown carry in the opening minute.

Cloverleaf would respond with three consecutive rushing touchdowns, all courtesy of Stallings.

The Colts would take a 21-7 lead into halftime, relying heavily on the option.

Both teams would exchange touchdowns in the third quarter, making the game 27-14 heading into the final frame.

With 9:17 to play, Stallings would power his way into the end zone for his fifth touchdown of the game to make the score 34-14.

The stands began to clear out, but Woodridge kept fighting.

Senior quarterback Andrew Mekeal would find his man for a 54-yard touchdown strike. On the next possession, Mekeal kept it himself to cut the Cloverleaf lead to 34-28 with one minute to play.

Woodridge would recover their onside kick attempt after a few generous bounces, setting them up for a potential game winning drive.

Mekeal moved the ball well, but his luck would run out when Stallings added a game-ending interception to his five touchdowns.

Cloverleaf (4-4) will host rival school Norton (4-4) next week, while Woodridge (3-5) has a very difficult matchup against Streetsboro (8-0).