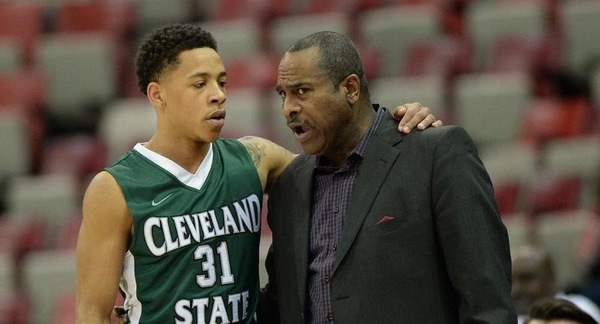 Waters spent 11 seasons with the Vikings and lead Cleveland State University to six postseason appearances during his time. In 2009 Waters took the team to the second round of the NCAA tournament.

Gary Waters is the all-time leader in wins for CSU with 194, having 99 wins in Horizon League play, coached in 366 games, and ranks second in winning percentage with .530 %.

CSU President Ronald Berkman had this to say about Gary Waters:

“Gary Waters has been a tremendous leader for our men’s basketball program, both on the court and as a mentor and educator to countless young men. I want to personally thank him for his tremendous service to the university and for creating an environment that dually promotes athletic and academic success.”

Gary Waters had this to say about his experience of coaching the players that have played under him at Cleveland State:

“My time here at Cleveland State has been a tremendous capstone to my coaching career. I have greatly enjoyed the opportunity to mentor an amazing group of student athletes and look forward to the opportunity to continue to support the program in the future.”

Waters had his contract renegotiated in 2016 which included an option for two additional seasons if he met performance measures. After having a 16-17 season, Gary Waters elected to retire.

The Vikings are on the look out for a new basketball head coach and are looking for someone that can bring them to the top of the Horizon League standings and continue to compete for postseason tournament invitations.

CSU Athletic Director Mike Thomas had this to say about the program going forward:

“CSU is in an excellent position to compete regularly for the Horizon League title and produce top level student athletes who can succeed in all aspects of campus life.  I am looking forward to working with the next men’s coach to help our team meet these goals.”