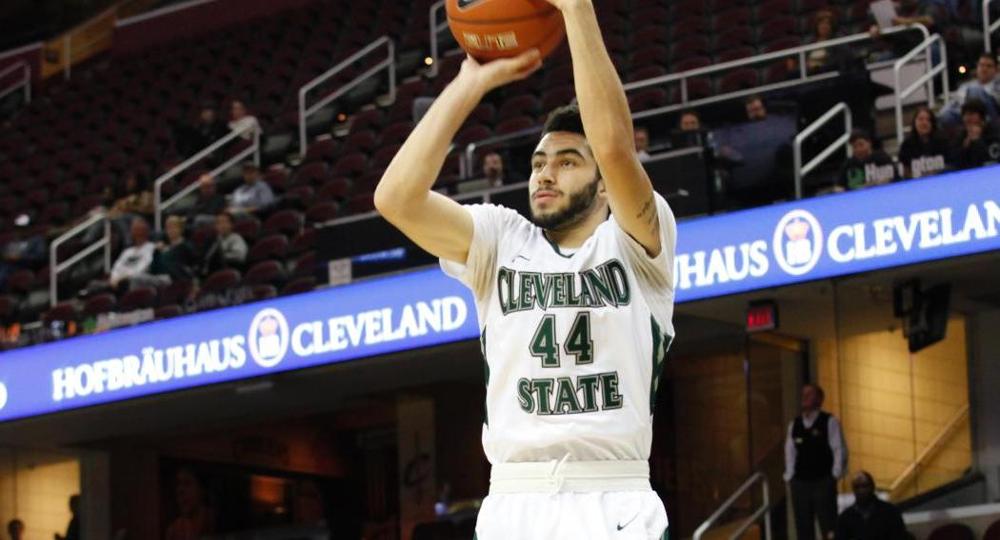 GAME PREVIEW:
•    Cleveland State continues its three-game homestand when the Vikings host Bowling Green at 1:00 pm on Wednesday (Dec. 23) in the Wolstein Center.
•    The game will be broadcast live on AM 1420 WHKW with Al Pawlowski providing the play-by-play.
•    Pawlowski will also have the call live on ESPN3 and the WatchESPN App.
•    The Vikings are 4-7 this year after a 67-65 win over Belmont on Saturday in the Wolstein Center. Demonte Flannigan hit the game-winning shot with 1.8 seconds to play.
•    Bowling Green is 7-4 this year and has lost two straight, including a 83-47 setback at Wright State on Sunday.

THE BOWLING GREEN SERIES:
•    Bowling Green leads the all-time series with CSU, 9-8, and has won three of the last four overall in the series.
•    BGSU claimed a 67-57 win at home in last year’s meeting with CSU. The series is tied 3-3 in games played in Cleveland.

EDWARDS NAMED HL FRESHMAN OF THE WEEK:
•    Rob Edwards was named the Horizon League Freshman of the Week on Monday for his performance in CSU’s two wins last week.
•    It marked the second time Edwards earned the honor this year as he also picked up the award on Nov. 30.
•    He averaged 9.5 points and 2.5 rebounds in helping CSU win two games last week.
•    In Saturday’s win over Belmont, he scored 15 points, hitting 6-of-8 from the field and 3-of-4 from three-point.