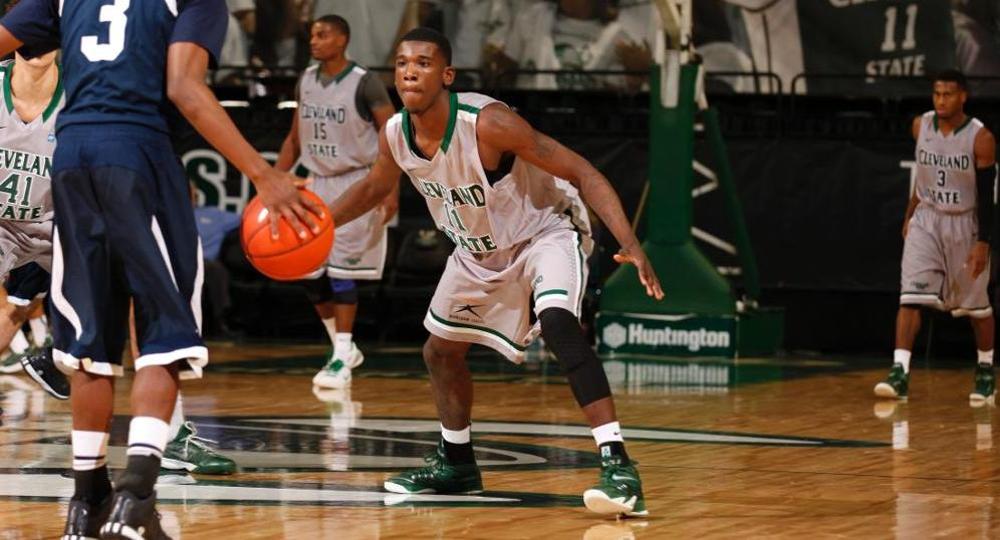 TOLEDO, OH – Cleveland State had three players in double figures, but Toledo used a strong performance at the free throw line to hold off the Vikings in the second half and claim a 76-65 win on Wednesday night at Savage Arena.

The Vikings fell to 2-5 this year, while Toledo improved to 5-2.

The Rockets opened up an eight point lead (18-10) midway through the opening half, but a three-pointer and layup from Zollo sliced the CSU deficit to three points (18-15).

However, Toledo answered with seven straight points, capped by a Williams three-pointer, to open up a 10-point advantage (25-15) with 5:17 to play. The lead would reach 13 points at the half when Nate Navigato converted a layup just before the halftime buzzer.

Blount scored seven of CSU’s first 12 points of the second half, including a layup that kept the Vikings within 11 points (46-35) at the 16:31 mark. But nine straight points from the Rockets opened up a 20-point lead (55-35) with just under 12 minutes to play.

CSU would close within 11 points (59-48) on a Jeron Rogers three-pointer, but Navigato answered with a three-pointer on the other end – Toledo’s first field goal made in almost 10 minutes.

The Vikings are back in action on Saturday (Dec. 5) when CSU hosts Kent State at 3:30 pm in the first of five CSU games at Quicken Loans Arena this year. It will be a doubleheader with the CSU women hosting Bowling Green at 1:00 pm.