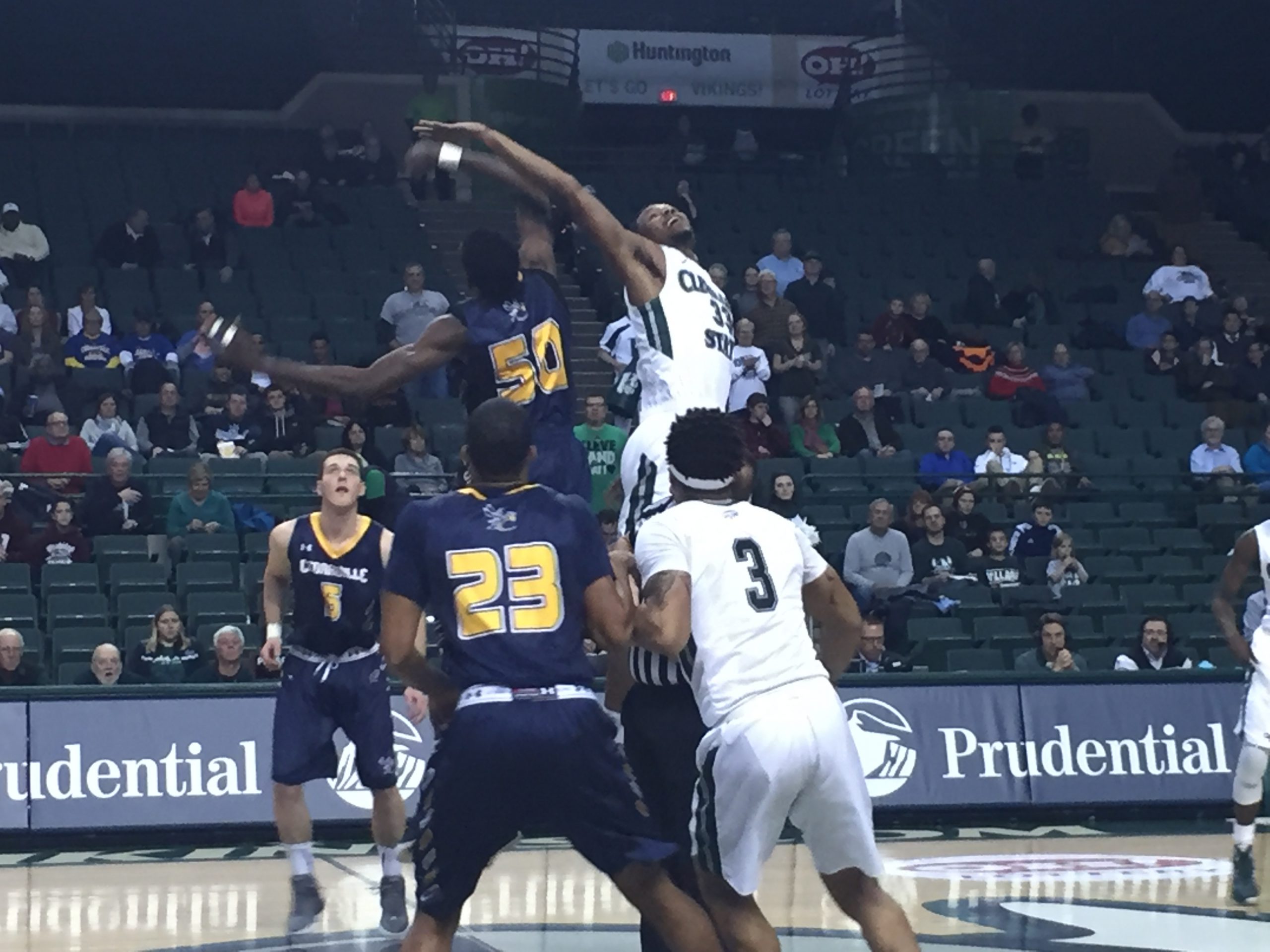 CLEVELAND – The Cleveland State Vikings took on the Yellow Jackets of Cedarville Tuesday at the Wolstien Center looking to bounce back from suffering their latest loss at the hands of the Bowling Green State University Falcons.

But whatever Coach Waters told his team during that timeout really sparked the Vikings into attack mode, and the bench in particular responded for the Vikings.

After being down 13-3 early, 3 point shooting would bring them back with 5 different Vikings connecting from beyond the 3 point arc. And thanks to 19-3 run over a 7-minute span the Vikings would lead the Yellow Jackets 43-26 at the half.

The Vikings would start the second half slow once again, but the superior defense, speed and outside shooting of CSU would be too much for the Cedarville Squad to handle.

Thanks to a 33-5 run over 15 minutes of play in the second half by the Vikings, CSU would claim victory with a final score of 77-37.

The Vikings begin league play with a game at Oakland on Saturday, January 2nd for a 3 PM tip-off.