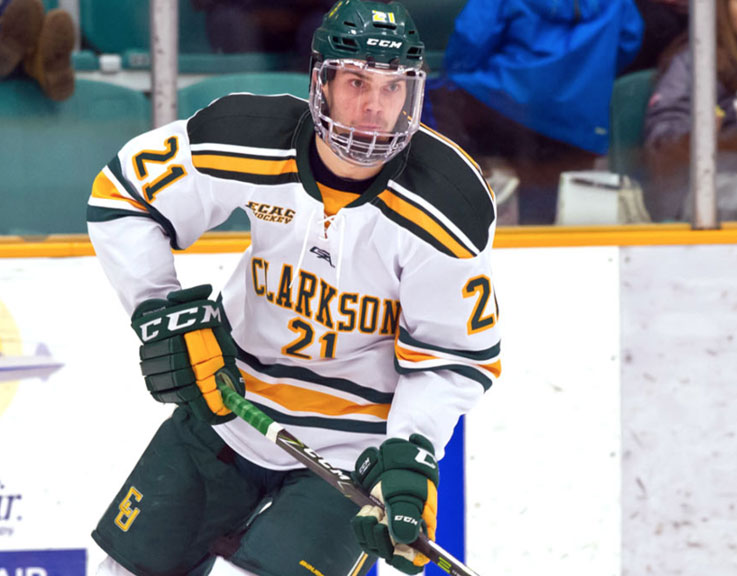 CLEVELAND – The AHL’s Cleveland Monsters,  announced Thursday that the NHL’s Columbus Blue Jackets signed Clarkson University center Sam Vigneault to a two-year entry-level contract, beginning with the 2017-18 season, and the Monsters signed Vigneault to an amateur tryout contract (ATO) for the remainder of the 2016-17 campaign.

Next up for the Monsters, it’s a Friday home clash vs. the Texas Stars with full coverage, live from The Q, underway at 7:00 pmon 99X and the Monsters Hockey Network.

Monsters Blanked By San Antonio, 4-0
Monsters Have No Luck On St. Patrick’s Day, Lose To Texas 4-0