Cleveland Indians Twitter Stumbles Upon Old Letter from a fan 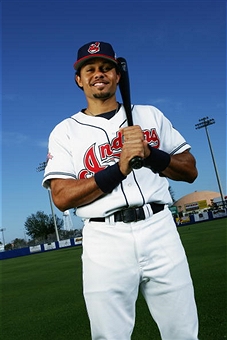 Today on Twitter, the Cleveland Indians posted something very touching from a fan back in 2007. The Tweet involved the letter from a fan and mentions the fact that he was very upset on the fact that the Indians had traded away his favorite player, CoCo Crisp back in 2007. At the time this person was 11 years old, and mentioned how he was devastated with the trade. This kid wanted to know how much it would cost to get him back in an Indians uniform.

Fast Forward 9 years and now this “kid” is around 20 to 21 years old and finally got his wish. On August 31,2016, the Oakland Athletics traded CoCo Crisp with cash considerations for Colt Hynes, putting CoCo back in an Indians uniform.

Below is the Tweet the Indians sent out involving the letter from this kid back in 2007, check it out for yourself!

Stumbled upon this gem about @Coco_Crisp from 2007…

This kid may have been onto something. pic.twitter.com/qnuzS4KK3e

Was this kid truly on to something back in 2007? CoCo is hitting .406 this season with Runners in Scoring Position.