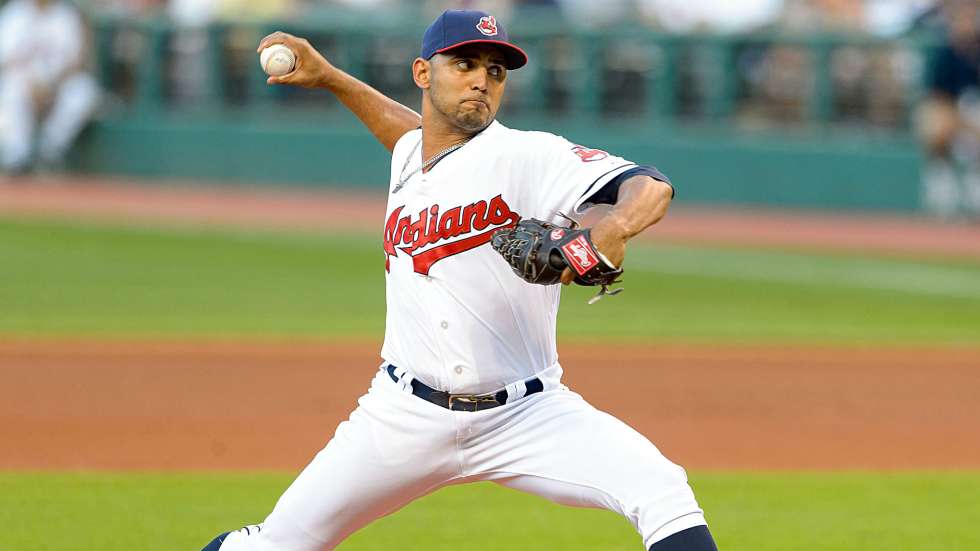 The Indians and pitcher Danny Salazar have hit another roadblock for the pitcher to be a force for the team as they continue a march to the post season, as Paul Hoynes of Cleveland.com reports Salazar will be shut down for 3-4 weeks with a flexor strain.

MRI revealed that Salazar has mild strain of right flexor musculature. Will get platelet rich plasma injection Tues. Out for 3 to 4 weeks.

Friday night Salazar left his start after four innings with forearm discomfort, and it’s been a tough season as he has been back and forth in the rotation due to injury.

The injury has been an issue the entire second half, even as the team has done whatever they could get him rest, and skipping starts for him as well.

Salazar has not been the same and the numbers show, as the All-Star has a 7.75 ERA in his last nine starts, and while he’s at moments looked like the old Salazar, clearly he’s having issues, and today’s decision to again sit him for 3-4 weeks shows that the pitcher is still having arm issues.

UPDATE 4:38pm – The Indians sent out the following on Salazar:

Danny Salazar underwent an MRI in Cleveland today followed by an examination with Dr. Mark Schickendantz.

Danny was diagnosed with a mild strain to his flexor musculature. His previous UCL reconstruction is intact.

He will undergo a PRP injection tomorrow and be shut down from throwing for approximately 10 days. His time frame for return to game activity is 3-to-4 weeks.