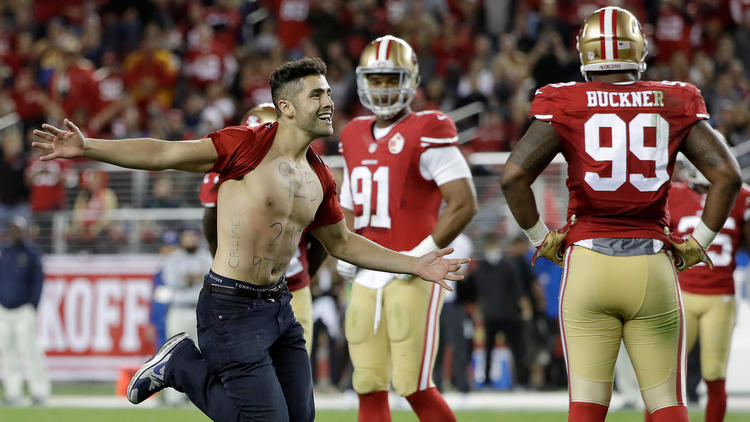 During last night’s Monday Night Football game between the Los Angeles Rams and the San Francisco 49ers a fan decided that he should get involved in the action. A drunk fan decided to run around the field before eventually getting caught, supplying some entertainment for mostly everyone, including radio announcer Kevin Harlan . In a game that was won by the 49ers with a score of 28-0, Harlan turned a ugly game into Must-Listen Radio. An intoxicated fan made for this entertaining call from Harlan. After the call, Harlan lets out a sigh and says “That was the most exciting thing to happen tonight”.

With the speed of this fan, the Browns might want to consider him as a wide receiver, or even the Rams…they both need someone.