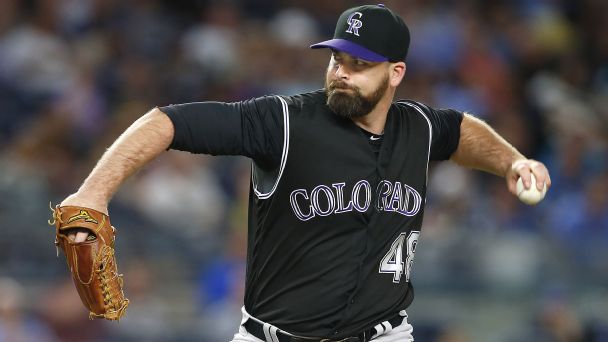 Ken Rosenthal reported on Thursday that the Cleveland Indians have signed Boone Logan.

Former Rockies manager Walt Weiss, had this to say about Boone Logan back in July according to MLB.com’s Thomas Harding:

“He’s got some deception, a lower arm slot that makes him even tougher on lefties, but he’s pitched with his fastball better this year. He’s gotten some strikeouts on his fastball. Last year, he had to get you on his slider or he wasn’t going to get you.”