Cleveland Indians jump on the Marlins early, Win 4th game in a row 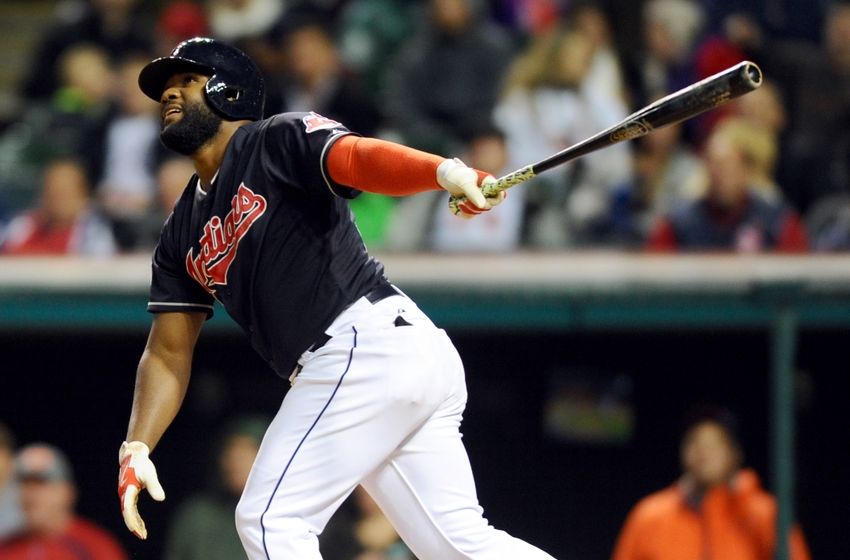 CLEVELAND–  On a rather cool night in Cleveland that had 24,415 in attendance , Indians starter Carlos Carrasco was nearly on fire in an outstanding 7.1 inning start.

The Miami Marlins started off the evening 1-2-3 in the first.
The Cleveland Indians on the other hand started off the night with Carlos Santana and Jason Kipnis drawing back to back walks. Francisco Lindor followed up with a single that loaded the bases. Mike Napoli was walked with the bases loaded and the Indians scored their first run of the night. Jose Ramirez hit a grounder to shortstop that got Napoli out, Lindor scored, and the Indians had runners at the corners with one out. Lonnie Chisenhall followed Ramirez with a grounder to first base that advanced Ramirez and allowed Lindor to score from third. Abraham Almonte ended the inning when he grounded out to first.  Indians managed to put 3 runs on the board though before the first inning was over.

In the second inning, Tyler Naquin started it off with a double to right center , and advanced to third on a sacrifice bunt from Roberto Perez . Santana hit a sacrifice fly to right field, which scored Naquin making it 4-0.

In the fifth inning, Marlins left fielder Destin Hood got his first Major League hit , the next batter was Adeiny Hechavarria and he hit a grounder to shortstop which left Hood caught in a rundown between second and third which lead to an out.
During the Indians half of the 5th inning, Napoli started it off with a strikeout. Ramirez hit a double to right field and Chisenhall followed with a walk. Almonte hit a 2-run double to right center and extended the lead 6-0. Naquin and Perez struck out to end the inning.

In the sixth inning, Marlins starting pitcher Andrew Cashner was taken out of the game. Cashner had 5 IP, 6 hits, 6 earned runs, 6 walks, and 6 strikeouts. Austin Brice game in to relieve.

In the eighth inning, Carrasco was removed after he got one out. Carrasco pitched 7.1 innings, 6 hits, 1 walk, and 11 strikeouts. This was his 10th career double digit strikeout game, and 3rd on the season. Jeff Manship relieved him. The first batter Manship faced was Martin Prado, he hit a ground rule double to right field. Christian Yelich grounded to second and Prado advanced to third base. Next batter, J.T Realmuto hit his 8th homer of the season to left field, putting the Marlins on the board for the first time in the game , 6-2. Manship got the final out of the 8th inning when he struck out Jeff Francoeur.

In the 9th inning, Cody Allen came in to relieve Manship. Allen set the Marlins down 1-2-3 to end the game.

Carrasco improves to 10-7 on the season.

The Cleveland Indians improve to 77-56 on the season and the Miami Marlins fall to 68-67. The Indians have Trevor Bauer on the mound tomorrow facing off against the Marlins Jose Fernandez, first pitch 7:10 pm EST.