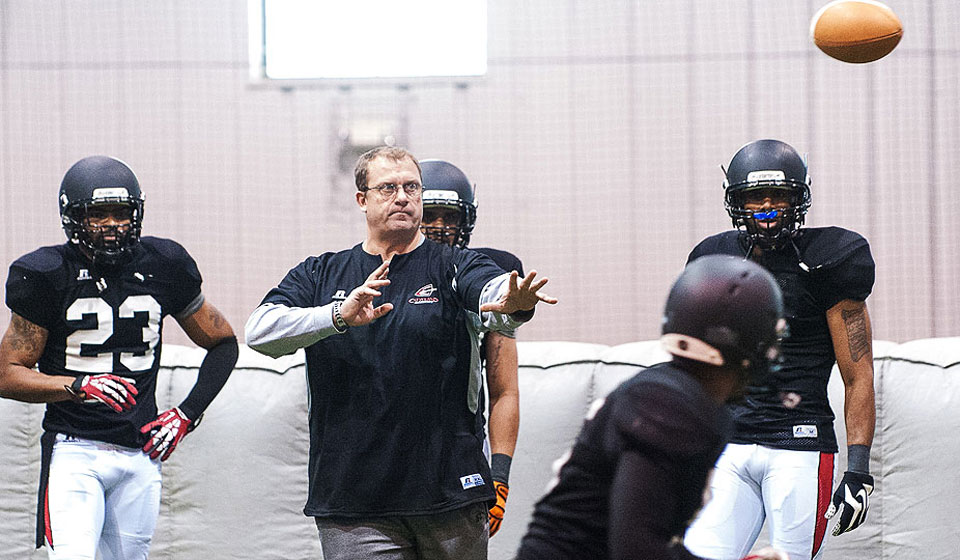 CLEVELAND – The Cleveland Gladiators, presented by Unique Home Solutions, announced Tuesday that Ron Selesky was elevated from his previous position and has been named the team’s new head coach. Selesky, 51, has been with the Gladiators organization for six of the past seven seasons, most recently serving as the team’s Assistant Head Coach and Defensive Coordinator for the 2016 season, in addition to holding duties as the team’s Director of Football Operations.

“We are very excited for Ron to become the new head coach of the Gladiators and lead our football team into the future,” said Gladiators SVP of Franchise Operations and COO, Mike Ostrowski. “Ron’s passion for the Gladiators and his knowledge and expertise of the AFL game are huge attributes. His vision and strategy of running a football team are very impressive, as are his track record of identifying, recruiting and developing top talent. He’s a very structured, detail-oriented coach who will command a very high level of accountability from our team. We’re very happy that Ron will be returning to the head coaching ranks with us and we look forward to having him in this lead role.”

“I’m honored to be named the head coach of the Cleveland Gladiators,” said Selesky. “I’ve waited ten years for my next head coaching opportunity and I’m ready to hit the ground running full speed. The Gladiators and the Cavaliers (Family of Companies) are a top notch organization and I’m grateful to be a part of it. We are lucky to have in my view the best fan base and fan support in the AFL and I will do everything in my power to put together the best coaching staff and player roster with our express goal of bringing an ArenaBowl Championship to Cleveland in which all our stakeholders can take pride. I can’t wait for this incredible journey to start.”

Selesky recently completed his sixth season with the Gladiators in 2016, having served as assistant head coach in 2013, 2014, and 2016 and as Director of Player Personnel from 2010-2014 and in 2016. In 2015, Selesky spent the year as a U.S. scout for the Saskatchewan Roughriders of the Canadian Football League.

Selesky was named the AFL’s Assistant Coach of the Year in 2014 after helping lead the Gladiators to a historic 17-1 regular season, which included an American Conference Championship and a trip to ArenaBowl XXVII. During that run, Selesky commanded a defense, nicknamed the “No Fly Zone,” that allowed 43.4 points per game, the third-fewest in the AFL that season, and recovered a league-high 17 fumbles en route to the AFL’s third-best turnover margin (+16).

The team also announced today they have not renewed the contract of Steve Thonn which expired at the end last season. Thonn, the Gladiators Head Coach the past seven seasons, compiled a 66-67 overall record (including a 3-4 playoff record) and a 7-9 regular season record in 2016. The team also announced that Head Line Coach Mike Smith will not return in 2017. The balance of the Gladiators 2017 Coaching Staff will be announced in the near future.

“We’d like to thank Steve and Mike for all of their time, effort and contributions over the past seven seasons with the Gladiators,” added Ostrowski. “Both Steve and Mike are high-quality people who worked hard in their time here in Cleveland. We wish them both the best of luck in the future.”