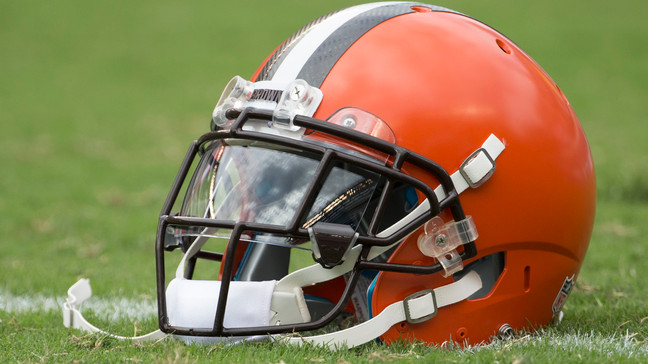 The Browns invade the city of Houston on Sunday as a solid 7-point favorite. That shouldn’t be surprising for the up but mostly down Browns:  The Texans are tanking and rank last in a number of NFL team statistics after their first eleven games this season.

Although TE David Njoku has been ruled out, cornerback Greg Newsome II will play after sitting out two games due to a concussion. The other cornerback, often injured Denzel Ward, is also scheduled to play, but continues to be nicked up with various boo-boos.

Deshawn Watson has patiently waited through his 11-game suspension, and this game represents his inaugural debut as a Brown. Predictions of what to expect, after sitting out for the better part of nearly the last two seasons, run the gamut.

It says here that Watson will be both efficient and effective. That should not be too difficult, since the Texans are ranked dead last in both total yards gained (302.9), and rushing yards given up (168.6). That speaks to a Stefanski dialed up recipe of Nick Chubb, Kareem Hunt, and some more Nick Chubb. The Browns should be trying to keep the Texans defense on the field as long as possible, and more of Chubb, and less of Watson passing, is probably what we will see. 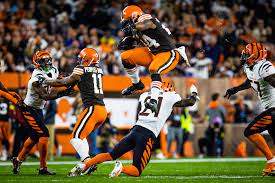 Stefanski will certainly mix in some play action, and Watson will knock some rust off. The schedule makers could not have picked a better opponent for Watson to play against after his long layoff. WR’s Amari Cooper, Donovan Peoples-Jones, and rookie David Bell will get a few Watson targets.

The angle about Watson coming home to play against his old team, who he asked to trade him, has gotten some dialog prior to the first snap. But once that snap happens, it is another NFL game for the Texans, who have 2 less wins than both the LA Rams and Chicago Bears.

The Browns have no room for error, and better not be looking past Houston to next week’s divisional home game versus the 7-4 Cincinnati Bengals. They will need to run the table with Watson sitting at the head, for a 6-0 finish, to have any chance at making the postseason playoffs.

A daunting task:  a 7-game win streak to finish at 10-7, to make up for a disastrous 3-7 start. Can a new QB lead them to that result? Doubtful, very doubtful.

But a win on Sunday is highly anticipated, simply because the opponent is the lousy Houston Texans. They should remind us of the Hue Jackson led Browns of 2016 and 2017.