Civale Struggles, Offense Gets Shut Down, Indians lose 8-0 to Pirates 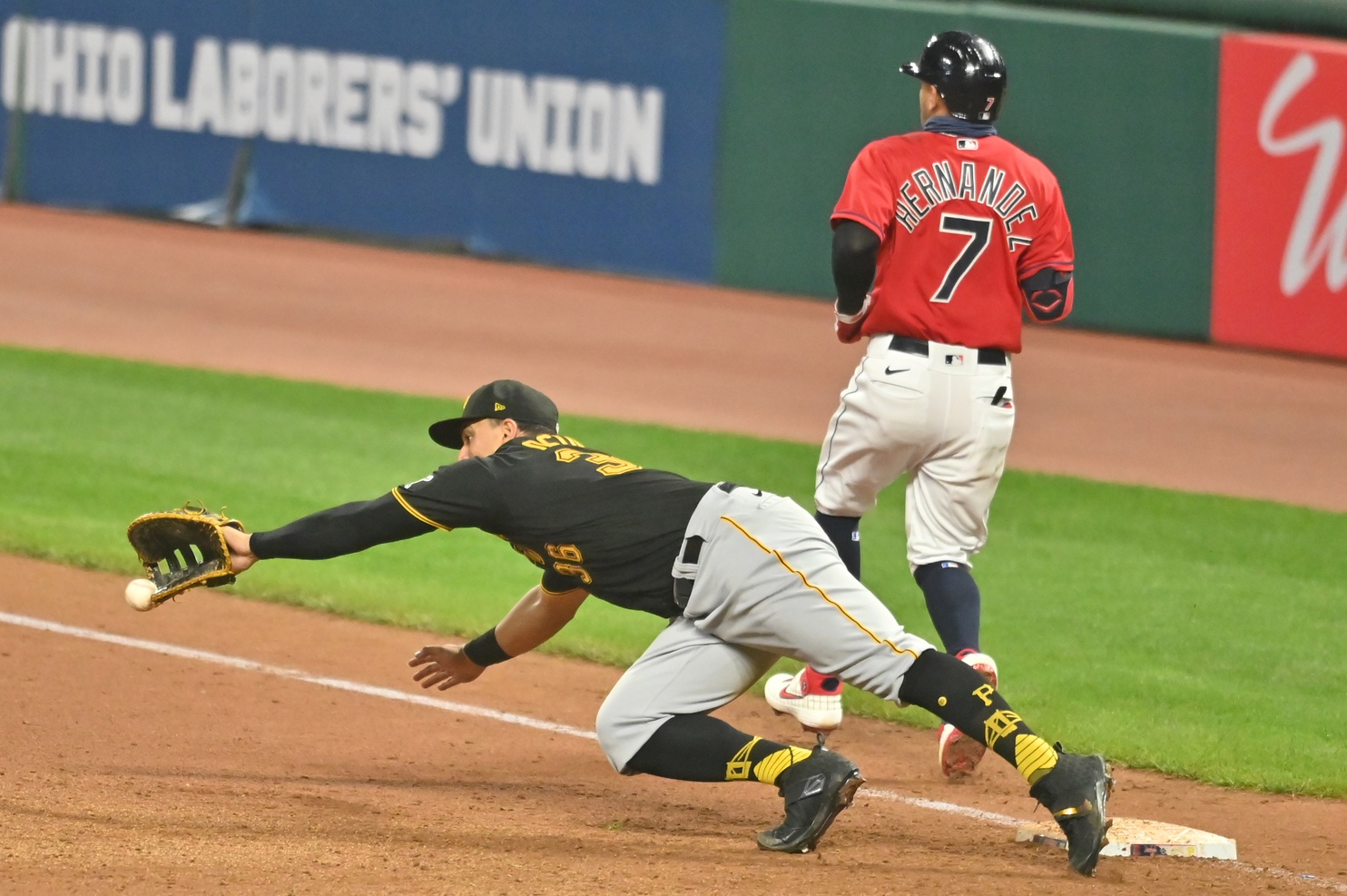 The Cleveland Indians needed a sweep of the Pirates to keep their hopes of a Central Division crown alive. Aaron Civale took the mound in the penultimate game of the regular season Saturday against the Pittsburgh Pirates. Civale struggled mightily, allowing eight runs through four innings of work, while in turn the Tribe offense was shut down, as the Indians lost 8-0.

Civale gave up one run total in his last game against the Pirates back in August, however tonight’s first inning would be less fortunate for Civale. Opening the game forcing Adam Frazier to fly out for the first out, Civale would surrender the first run of the game to follow up. With Ke’Bryan Hayes doubling, prior to a Colin Moran single that gave the Pirates a 1-0 lead early.

The Indians offense did not fare well in the bottom against Pirates’ starter Joe Musgrove, with a José Ramírez double being the only offense mounted in the inning for the Tribe.

The Pirates would add another run to the lead over Civale in the top of the second, a Jose Osuna home run to right field. The home run would be the only offense mounted by the Pirates in the inning, as Civale battled back to strikeout Jacob Stallings and force Frazier to ground out for the final two outs of the inning.

In the bottom, Franmil Reyes led things off with a ground ball single that deflected off the glove of Hayes at third. The single would prove all for naught as Musgrove came back to strike out the next three batters to end the side.

The Pirates offensive onslaught continued into the third, as Hayes opened the inning with a double to right field, before Moran grounded out for the first out of the inning. Josh Bell singled with the next at-bat to bring home Hayes to extend the lead to three for the Pirates.

Following the score, Gregory Polanco flew out for the second out, keeping Bell at first. However, Bryan Reynolds would turn a ball over the left center field wall, a two-run home run to give the Pirates a 5-0 lead to end the top of the third.

In the bottom, a Delino Deshields Jr. ground out opened the inning for the Indians offense. In the next at-bat, Francisco Lindor singled to left field, but was thrown out at second trying to stretch the play into a double. César Hernández walked to keep the inning alive with two outs, before a Ramírez strikeout would end the inning.

Civale came on for the final inning of his regular season in the top of the fourth, opening things forcing Osuna to line out to left field, before surrendering a single to Stallings. After the single, Civale struck out Frazier, prior to allowing another single to Ke’Bryan Hayes to keep the inning going.

The Indians had hoped a mound visit after surrendering the single would set Civale on the right path. However, Moran would hit a three-run home run to right field, extending the Pirates lead over the Indians to 8-0.

Musgrove continued his dominance over the Tribe lineup in the bottom of the fourth, as he went on to retire the side to keep his lead at eight.

With Civale’s night done after four, Triston McKenzie came on to start the fifth for the Indians. McKenzie poured in a strong inning, facing only three batters in the inning to retire the side.

The Indians offense continued to fail to produce in the bottom of the fifth, as two of the three batters in the inning struck out at the hands of Musgrove.

McKenzie came back on in the top of the sixth, striking out two of the three batters he faced in a quick inning to keep the deficit at eight.

n the bottom, Musgrove retired the side in order for a third straight inning, bringing his total to ten straight batters sat down in the game.

Logan Allen opened on the mound in the seventh for the Indians, along with Austin Hedges at catcher and Mike Freeman at shortstop. Allen surrendered a lead-off single to Hayes, but came back to get three straight outs to end the top.

Musgrove came on for his final inning in the bottom, sitting down three more in order to extend his streak to 13 straight retired.

Allen came back out in the eighth, forcing Reynolds to fly out to right field, before striking out Gonzalez for the first two outs. Osuna doubled and Stallings walked to extend the inning for the pirates, however Allen would force Frazier to fly out to end the inning.

Nick Tropeano came on in relief of Musgrove in the bottom of the eighth for the Pirates. Surrendering a lead-off double to Jordan Luplow, the Indians first hit since the Lindor single in the third. To no avail, as Tropeano returned to get three straight outs to end the inning.

Allen came back on for a third time in the ninth for the Tribe, surrendering a lead-off double to Hayes, before striking out three straight to give the offense one final shot in the bottom.

The Pirates called on Dovydas Neverauskas to close out the Tribe in the bottom of the ninth in place of Tropeano. Neverauskas allowed a lead-off single to Hernández, before forcing Ramírez to line out and striking out Josh Naylor for the first two outs.

A Reyes two-out walk kept the game alive, however in the next at-bat, Oscar Mercado would fly out to center field for the final out, as the Pirates shut out the Indians 8-0.