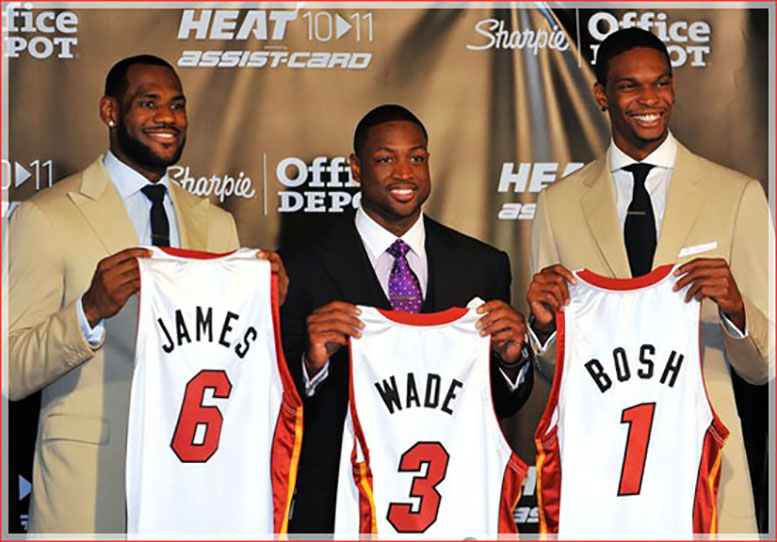 MIAMI, Florida – Chris Bosh of the Miami Heat, is thinking of rejoining the NBA after he is back on his feet from healing from the blood clots that he was sidelined by.

Bosh is looking towards former Heat teammate, Dwayne Wade, who is now in Chicago, for a team that would be interested in having him on the team, as well as Bosh.

He also has looked to LeBron James of the Cleveland Cavaliers, who is likely to not re-sign with the Cavs next season due to disagreements with Cavalier’s front office.

The NBA has rules about athletes performing on the blood thinning medications that Bosh is currently on, so his return to basketball is unlikely. Although, if all of these things did happen to align it could make for a powerhouse somewhere within the NBA landscape.

“From what I’ve been told, Bosh has not definitively decided whether to resume his career. He certainly has not ruled it out. And the idea of playing again with Dwyane Wade or LeBron James appeals to him.” – Barry Jackson of the Miami Herald

Both James and Wade have expressed support for Bosh while being out of the game. In the upcoming months, we can look forward to what is to come.

In this fantasy, where would it be that the three could reunite? I guess we just have to see if it comes to fruition.