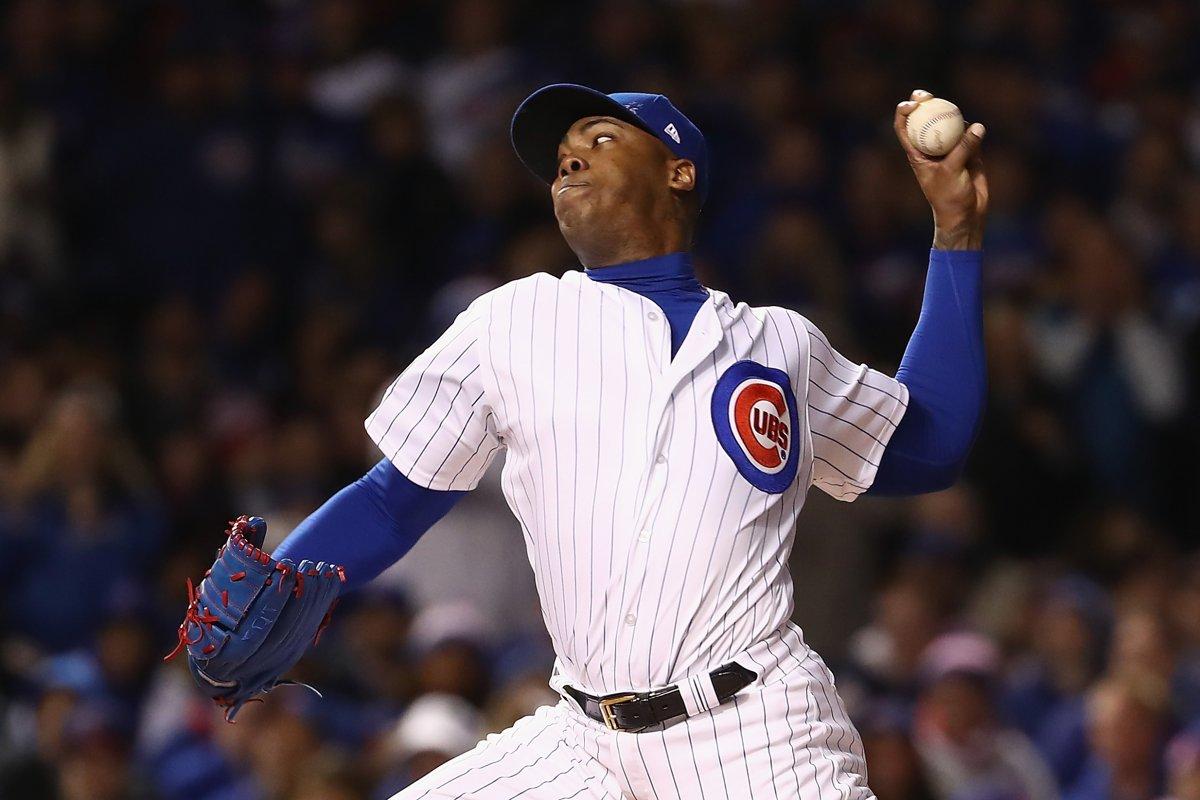 The Cleveland Indians fell to the Chicago Cubs 3-2 in Game 5 of the World Series at Wrigley Field.

Jose Ramirez gave the Tribe an early 1-0 lead with a solo shot in the second inning, but the Cubs answered back in the fourth, scoring three runs off of Trevor Bauer.

Rajai Davis stole three bases on the night, and got himself into scoring position in the sixth inning.

Francisco Lindor drove him in with an RBI single to make it a one-run game.

Jon Lester’s night ended after six innings of work, as the lefty allowed two earned runs and struck out five.

Aroldis Chapman entered the game with one out in the seventh and closed the door, pitching 2.2 shutout innings – the longest outing of his career.

The Tribe lead the series 3-2 and both of the two potential remaining games would be in Cleveland.

World Series Game Five Breakdown: Keys For the Indians to Hoist the Trophy Tonight
A Bad Omen? The Last Time the NFL Had Two Ties the Indians Lost the World Series in Seven Games