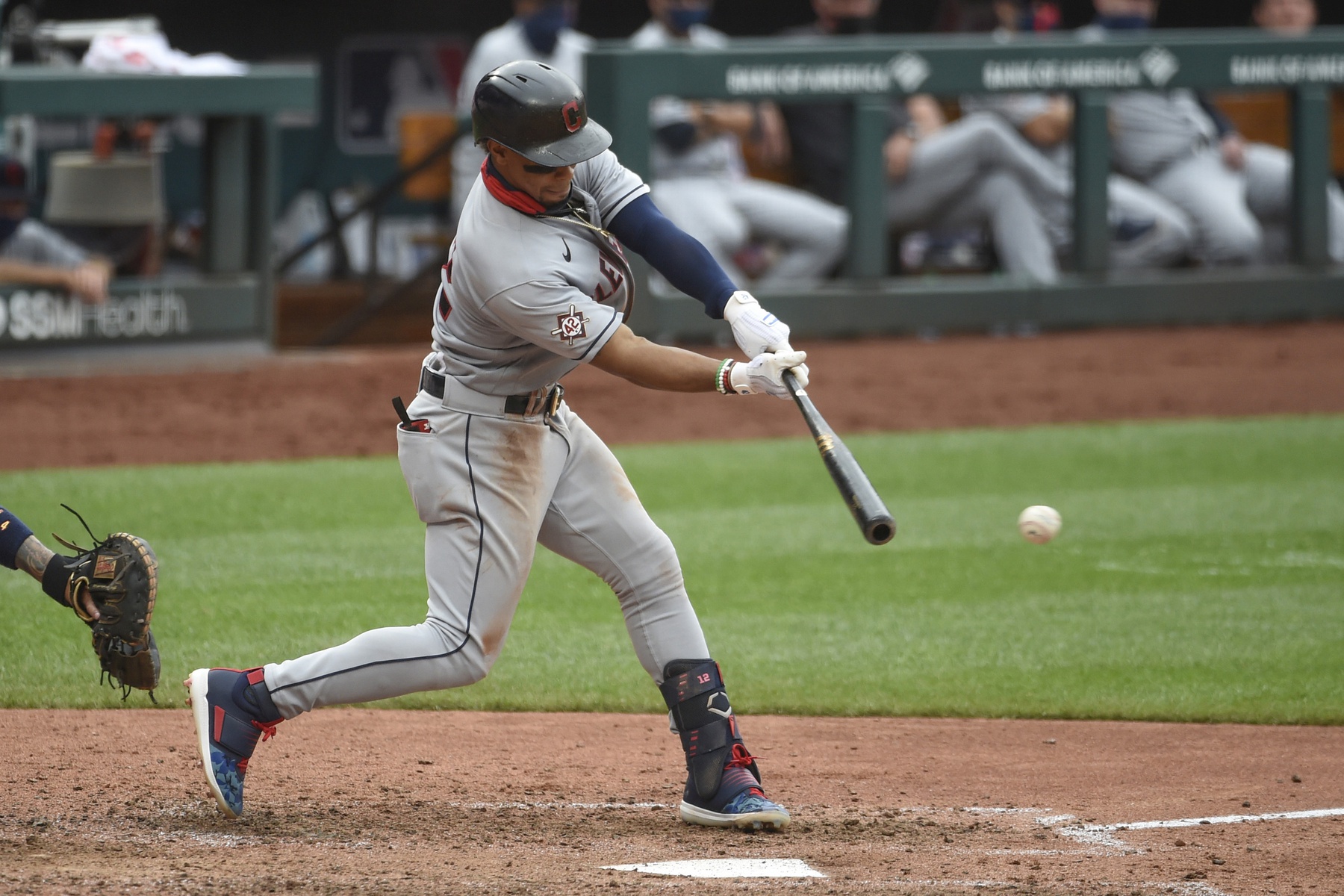 Carlos Carrasco had a very rough outing last week against Detroit, however he would turn it around Saturday against the St. Louis Cardinals. Striking out six and allowing zero runs across six innings, Carrasco put the Indians in position to win.

A rough outing from James Karinchak tied the game in the seventh, and the Cardinals forced extra innings. To no avail as a Tyler Naquin RBI double in the 12th inning combined with some base-running miscues for the Cardinals lifted the Indians to a 2-1 victory.

As the Indians looked to continue the hot offense from Friday’s explosion, Ramírez lined a shot over the right field wall to give the club an early run in the first inning. The Indians failed to add on as both Francisco Lindor and Carlos Santana struck out to end the first.

In the bottom Carrasco started the game off on the right foot, only allowing one hit, a two-out double to Paul Goldschmidt. The double had the tying run in scoring position, but a pop out of Brad Miller got the Indians out of the inning.

Cardinals’ pitcher Jack Flaherty shook off the Ramírez homer in the second, as he mowed down the Indians in order. In contrast, Carrasco also was able to sit down the Cardinals in order in the bottom.

The Indians offense threatened in the third, opening the inning with Sandy León reaching after being hit by a pitch from Flaherty. Cesar Hernandez walked to put runners on first and second with one out following a Greg Allen line out.

Ramírez added in his second hit of the game, however it led to León being thrown out trying to go home. Lindor came to the plate looking to get a two-out RBI, but did just the opposite and grounded out to end the inning.

The first threat that Carrasco faced came in the bottom of the fourth, after a Goldschmidt single and Miller walk, the Cardinals had two on and one out, with veteran star Yadier Molina at the plate. Carrasco got out of the inning unscathed as he forced Molina into a double play ball to second base.

The fifth inning would be the last for Flaherty, allowing a single in the inning to Hernandez. Flaherty went five full innings, striking out five on his way to only allowing one run.

In the bottom, Carrasco continued to impress, only facing four batters, walking Dexter Fowler to lead off before getting three straight outs to continue his outing.

Genesis Cabrera came in for Flaherty to start the sixth, walking Lindor to start off the inning. Despite Lindor stealing second, and reaching third on a Molina throwing error, the Indians stranded him at third after three straight strikeouts from Cabrera.

Carrasco’s final inning of the day came in the sixth, as he dominated, only needing five pitches to retire all three batters. Carrasco ended his day going six full innings, allowing two hits, while striking out six.

The top of the seventh started with walks by Domingo Santana and León, with Delino Deshields Jr. coming in as a pinch-runner for Santana. With one out in the inning, Deshields Jr. was caught stealing third by Molina. Hernandez in turn grounded into a force out at second to keep the lead at one.

Things began to go awry for the Indians in the bottom of the seventh with James Karinchak on the mound in relief of Carrasco. Karinchak opened his outing with a Miller walk and Molina single. With runners on first and third, Karinchak struck out Fowler for the first out of the inning, before allowing a Matt Carpenter single that brought in the tying run.

In the eighth Austin Gomber, who replaced the injured Cabrera in the seventh, got an out on a Ramírez pop up before allowing a Lindor single to end his outing. Giovanny Gallegos got Carlos Santana, the first batter he faced, to ground into a double play to end the inning.

With the tie still in order after a three batter bottom of the eighth by Phil Maton, the middle of the Indians lineup looked to make something happen in the ninth. To no avail, as they went down in order to end the top of the inning.

In the bottom, Oliver Perez came in to preserve the tie and send the game to extra innings. Sitting down Miller, Molina, and Fowler in order to keep the Indians in the game.

Sending Deshields Jr. to second to start the tenth, the Indians prayed that the well-documented struggles of the bottom of the order would subside here.They wouldn’t as an attempted sacrifice bunt by León resulted in Deshields Jr. being thrown out at third after the ball went straight to Cardinals’ reliever John Gant.

With the winning run now at first with one out, the Indians offense now had some work to do. However, the club was only able to manufacture an Allen walk before two straight fly outs to end the inning.

With Yu Chang coming in as a pinch-runner for León in the top of the inning, Roberto Pérez replaced Chang on the defensive end at catcher. A Carpenter fly out moved Fowler to third after he started at second in the inning. With Kolten Wong pinch-hitting for Tyler O’Neill, Indians reliever Nick Wittgren opted for the intentional walk to paint the corners with one out.

After a dropped foul ball by Allen kept the game from ending on a Fowler tag up, Dylan Carlson grounded to Carlos Santana who kept Fowler at third before going to second base for the second out of the inning. Tommy Edman was hit by a pitch that loaded the bases, before a Paul Dejong pop up to third saved the Indians from disaster.

Alex Reyes came into the game for the Cardinals in the 11th inning, getting two quick outs of Lindor and Carlos Santana. A wild pitch sent Ramírez, the Tribe’s free baserunner to third before Franmil Reyes struck out swinging.

In the bottom, the Indians were saved after a deep fly ball to centerfield from Goldschmidt failed to move Dejong to third after a mistimed tag up and takeoff on the throw back from Deshields Jr. Intentionally walking Miller, Wittgren in his second inning of work, forced Molina into a double play to send the game to the 12th.

The Indians replaced Reyes with Mike Freeman, who was put on second to start the inning. A lead-off double from Naquin brought Freeman in for the score, giving the Indians a 2-1 lead still with nobody out.

Deshields Jr. opted for a sacrifice bunt in the next at-bat that would move Naquin to third base with only one out in the inning. However, they failed to add to the lead as a Pérez strikeout and Allen pop up ended the inning.

Now with the lead, headed to the bottom of the 12th, skipper Sandy Alomar Jr. turned to Brad Hand for the save. The inning started disastrous for Hand as the first pitch he threw was a wild pitch that got past Pérez to move Molina from second to third. A fantastic play by Lindor on a Fowler ground ball kept Molina at third and got the first out of the inning.

With one out and the tying run at third, the Cardinals still had a chance to continue the game. Unfortunately for the Cardinals, a Carpenter ground ball that just barely stayed fair went right to Carlos Santana at first. Santana then caught Molina stuck between third and home on the play, as Molina thought the ball was foul for the game ending double play.

Indians Offense Explodes in St.Louis as Tribe Takes Down Cardinals 14-2
Indians run into Buzzsaw with Wainwright’s Complete Game in 7-2 Loss to Cardinals