Indians Offense Explodes in St.Louis as Tribe Takes Down Cardinals 14-2 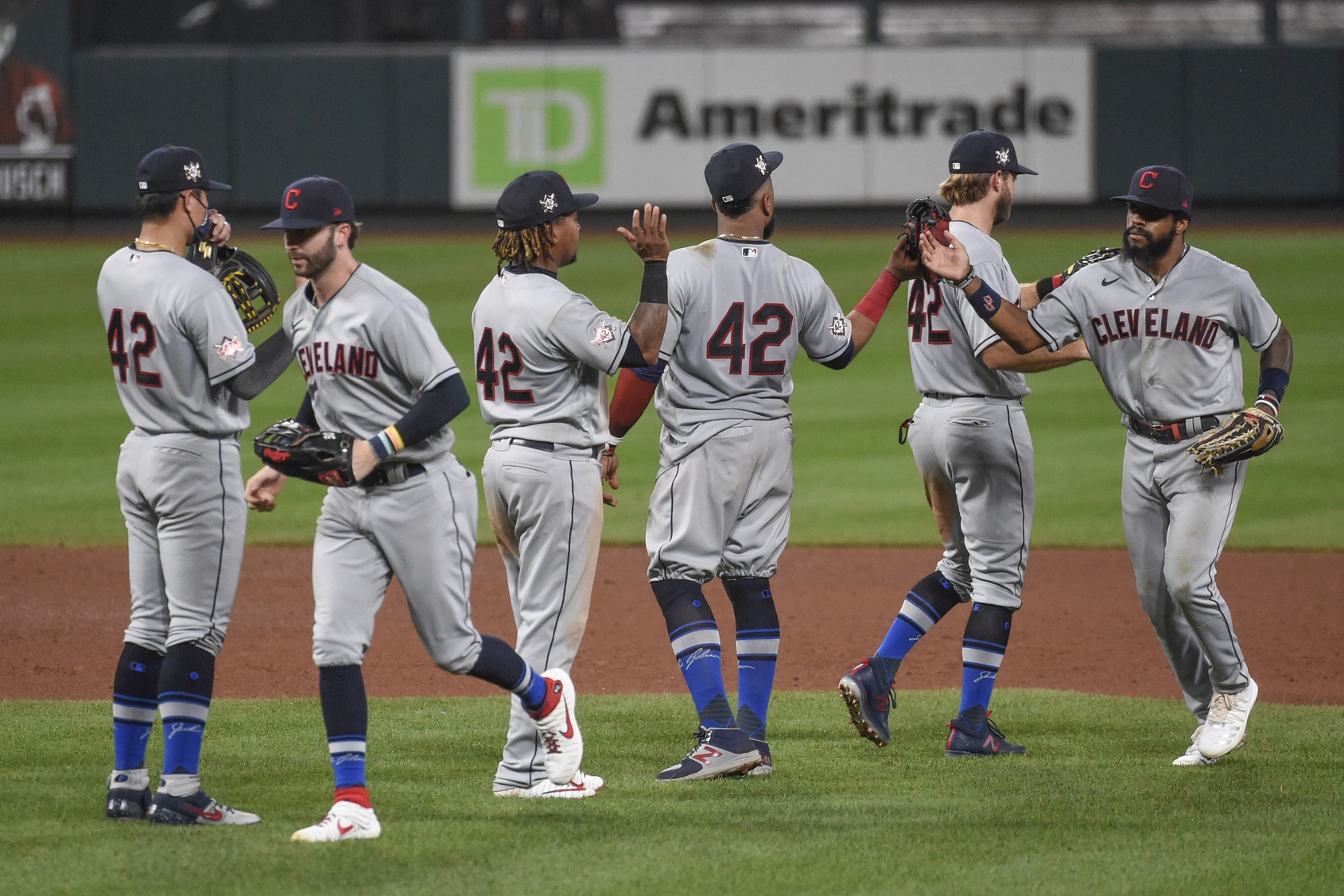 Jackie Robinson day brought something the Indians have been lacking all season. Offense. Cleveland exploded for 14 runs on 20 hits in their 14-2 victory over the St. Louis Cardinals in St. Louis.

Cleveland scored early and often in this game. Yadier Molina started the scoring for the Tribe when he made a throwing error to second base on Francisco Lindor’s steal which scored Jose Ramirez. Franmil Reyes then blasted a three-run home run to right-center to give the Indians a 4-0 lead in the top of the first.

Tristan McKenzie got the start for the Tribe and performed well, giving up two runs on three hits over four innings. He was not as sharp as he was in his first start giving up three walks and only registering three strikeouts.

Carlos Santana smashed a two-run blast to right to give the Indians a 6-0 lead in the top of the second but St. Louis would answer with a two-run home run of his own to make it a 6-2 ballgame.

That would be all the offense the Cardinals could manage tonight.

Cleveland would add two more runs in the fifth when Reyes lead the inning off with a double and Tyler Naquin smashed a line drive off the foul pole in right to make it an 8-2 lead.

The home run ball was not the only way the Tribe would score tonight. In the top of the sixth, Ramirez walked to lead off the inning, Lindor doubled to put runners at second and third.

Santana walked to load the bases and Reyes delivered again with a two-run single to center scoring both Ramirez and Lindor making it 10-2 Tribe.

The scoring was not done there, Roberto Perez singled to score Santana from second and Delino Deshields Jr doubled to left to score Reyes giving the Indians a 12-2 lead after the top of the sixth.

The Tribe would end their onslaught of Cardinal pitching in the seventh. Ramirez led the inning off with a double, advanced to third on a balk, then scored on a ground out from Yu Chang.

Santana added to his MLB best with his 30th walk, Sandy Leon singled, Naquin was hit by a pitch and Jordan Luplow delivered a sacrifice fly to give the Indians their 14th and final run.

This is just what the doctor ordered for the Indians. Six Cleveland hitters had two or more hits and three had three hits. Reyes drove in a career high five runs to add to his team leading RBI total, now at 23.