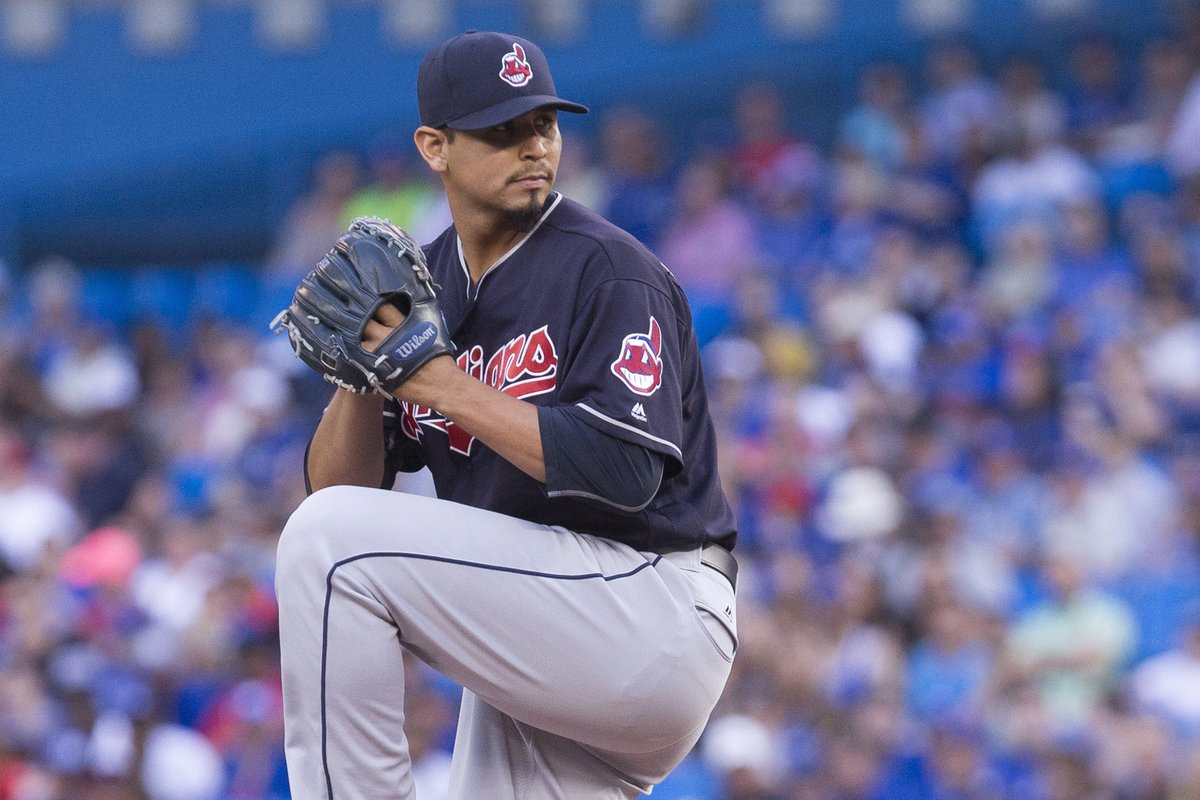 Carlos Carrasco dominated the Blue Jays lineup in Toronto on Thursday night, striking out 14 batters en route to a 4-1 victory.

The Tribe struck first in the top of the second, thanks to a solo homer from Rajai Davis, his eighth of the season.

Jason Kipnis made it a 2-0 game in the next inning with a solo shot of his own, number 11 on the year.

Josh Donaldson belted his 19th bomb of the season to deep center in the bottom of the fourth to cut it to 2-1.

Jose Ramirez drove in Mike Napoli with a clutch RBI single in the top of the sixth to get the Tribe lead back up to two.

Carrasco would last 7.1 innings, allowing only three hits and walking two batters on the night.

After allowing a one-out double in the bottom of the eighth, Terry Francona sent Bryan Shaw to the mound to try and hold the lead.

Shaw struck out Russell Martin and sub-sequentially walked Ezequiel Carrera with a base open at first. Shaw would get out of the inning, striking out Devon Travis to keep it 3-1 heading to the ninth.

Davis led off the top of the ninth with a bloop hit to right field, turning a single into a double with his hustle. Tyler Naquin delivered an insurance run with an RBI triple to right field, making it 4-1.

Cody Allen came into close it out in the bottom of the ninth, facing the heart of the order. The right-hander would strike out Donaldson, got clean-up hitter Edwin Encarnacion to pop out to short, and set down Michael Saunders to end the game and earn his 17th save of the season.

It was not a bad night for Toronto knuckleballer R.A. Dickey, who fell to 5-9 on the season, but went seven innings, allowing three earned runs on eight hits.

The Tribe improves to 48-30 and extends its win-streak to 13 games, tying the franchise record which was set in 1942 and duplicated in 1951.

The Indians look to break the record for most consecutive wins in franchise history on Friday afternoon, as Josh Tomlin (9-1, 3.32) has a chance to make it 14 straight for the Tribe.