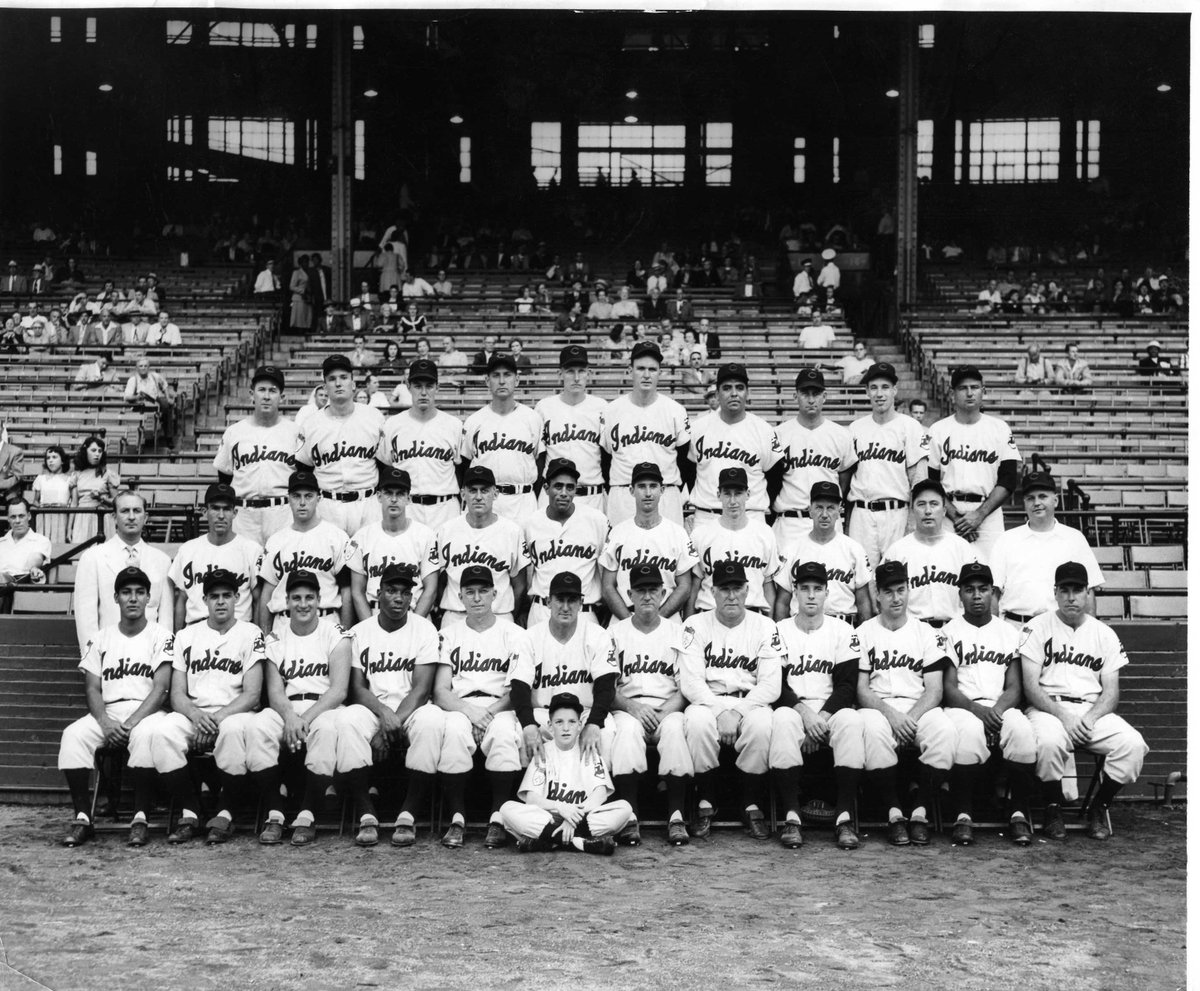 It was far from a smooth afternoon North of the Border on Canada Day, as the Tribe and Blue Jays played a hard-fought contest from the start. Little did anyone know it would take 19 innings for the Tribe to extend their win-streak, outlasting the Blue Jays 2-1.

The Tribe got on the board first, scoring off an RBI single from Jason Kipnis in the top of the third. That would be the only run allowed by Marcus Stroman.

Tomlin found himself in jams throughout the day, but managed to wiggle out of all of them. He gave up his only run off a two-out solo homer to Justin Smoak in the bottom of the sixth.

Tomlin’s day would come to an end after six innings of work, as the right-hander struck out eight, walked two, and allowed seven hits.

Stroman pitched deep into the seventh inning, but exited after 6.2 innings of work, arguing with the home plate umpire about what he felt was an inconsistent strike zone.

It became a battle of bullpens from there.

Dan Otero, Tom Gorzelanny, and Jeff Manship kept the Blue Jays at bay in the seventh, eighth, and ninth innings.

Brett Cecil, Jason Grilli, and Roberto Osuna did the same for Toronto, and the game would head to extras tied at one.

Right-hander Joe Biagini came in to work the tenth for Toronto.

Kipnis would reach base after getting hit by a pitch with one out in the top of the tenth.

Ramirez came into play batting .406 with two outs and runners in scoring position. Just when it looked like Ramirez was going to come through yet again in the clutch, center fielder Kevin Pillar made a diving grab to end the inning, robbing the Tribe of at least one run.

Bryan Shaw would set down the Blue Jays 1-2-3 in the bottom of the tenth.

Jesse Chavez came in to work the 11th for Toronto.

Chavez would retire the side in order.

Indians’ relievers had set down 13 straight before Zach McAllister came in for the bottom of the 11th, walking the lead-off man, Devon Travis, but the right-hander retired the next two hitters.

Travis would steal second, then reach third on a wild pitch, and McAllister walked Troy Tulowitzki to bring Smoak to the plate.

McAllister got out of the jam, as Smoak popped out to Ramirez in foul territorry.

Rajai Davis led off the 12th, grounding out to short, as Chavez stayed in the game for Toronto.

Chavez would strike out Carlos Santana looking for the second out of the inning and got Kipnis to pop out to keep it tied heading to the bottom of the 12th.

Tommy Hunter was the next man out of the Indians’ pen, the seventh pitcher of the game for Cleveland.

He would set dkwn the Blue Jays in order, sending the game to the 13th.

Chavez started his third inning of relief and remained perfect through all nine batters he faced.

Hunter stayed on to work the 13th for the Tribe.

He would drill Josh Donaldson, putting the winning run on first with nobody out.

Hunter got Travis to ground into a fielder’s choice to get the lead runner at second.

He would strike out the next two batters and Toronto’s catcher Russell Martin, who had plenty of remarks for the home plate umpire all game, finally snapped after being called out to end the inning.

Martin had to be restrained by teammates and became the third Blue Jay ejected on the afternoon.

Drew Storen came in to work the 14th.

Lonnie Chisenhall came through with a lead-off single, his third of the night, to start the inning.

Michael Martinez, pinch-hitting for Yan Gomes, grounded to second, but thanks to the hit-and-run, Chisenhall advanced to second with one out.

Rookie Tyler Naquin grounded out to the mound, bringing Davis up with the go-ahead run at third.

The speedy Davis grounded out to short to end the top of the 14th.

Joba Chamberlain entered and promptly gave up a lead-off single to Tulowitzki. It was the first hit allowed by the Indians’ bullpen after seven no-hit innings.

Chamberlain would induce back-to-back ground balls, the second of which resulted in an inning-ending double play, but after a Blue Jays’ challenge, the call was overturned, leaving a runner at first with two outs for Darwin Barney.

Barney doubled to left, advancing the winning run to third, bringing Ezequiel Carrera to the plate.

After getting behind 2-0 in the count, Chamberlain came back with two strikes, and ran the count full.

He would walk Carrera, bringing the reigning American League MVP to the plate with the bases loaded.

Donaldson, who was 0-for-4 on the day up to that point, grounded out to first, leaving the bases loaded, sending the game to the 15th.

Carlos Santana popped out to start the inning.

Kipnis drew a one out walk, giving Francisco Lindor a chance to bring in the go-ahead run.

Lindor had just one hit in his last 17 at-bats up to that point, but came through with a clutch single that bounced off the first baseman’s glove, sailed into right field, and allowed Kipnis to reach third base.

Napoli would come up to the plate with runners at the corners and one out.

Bo Schultz, Toronto’s last available reliever, came into the game and got Napoli to ground into an inning-ending double play.

Cleveland was out of relievers for the day, so Trevor Bauer, who was scheduled to start on Saturday, came out of the bullpen.

Bauer made quick work of the Blue Jays, setting down the side in order.

Ramirez led off the 16th with a single to right off Schultz.

Chisenhall drove a single to left field, his fourth hit of the game, and Ramirez was able to advance to third base, putting runners at the corners with nobody out.

Martinez popped out to short.

Chris Giminez, who came in as a defensive substitution, lined out to third to leave the runners stranded for the second straight inning.

Tulowitzki led off the bottom half of the inning with an infield single.

He would advance to second base on a passed ball.

Junior Lake grounded out to third base, and Ramirez held Tulowitzki at second.

Pillar hustled to reach first with an infield single, putting runners at the corners for Barney with one out.

Pillar would advance to second on indifference, taking away the double play possibility.

Bauer got Barney to pop out to short, keeping the runners from advancing.

Carrera came up with two out and a chance to end it.

Bauer struck out Carrera looking, sending the game to the 17th.

Santana would lead off the 17th, grounding out to second.

Lindor came through with a two-out single, his third base hit of the day.

Napoli popped out to second to end the inning.

Bauer would remain in the game, walking Donaldson on four pitches to start the bottom of the 17th.

Travis flied out to right field with the runner going, resulting in a 9-3 double play.

Thole struck out looking, sending the game to the 18th.

Infielder Ryan Goins entered the game for Toronto to pitch the top of the 18th, as the Blue Jays were out of pitchers.

It was Goins’ MLB pitching debut.

Ramirez led off with a single to left field.

Chisenhall followed him up with a single, his fifth hit of the game, moving Ramirez to third.

That would bring Martinez to the plate with nobody out.

Martinez grounded to second and Ramirez was caught in a rundown, but allowed Chisenhall and Martinez to advance to second and third with one out.

Goins intentionally walked Naquin to load the bases with one out for Giminez.

Giminez grounded into a double play to end the Tribe half of the inning.

Bauer would stay on the hill for Cleveland, facing Tulowitzki to start the inning.

One shortstop grounded out to the other for out number one.

Bauer walked Lake with one out.

Pillar popped out to short.

Barney grounded out to first to end the inning.

Barney would move to the mound to work the 19th.

Santana broke through with a lead-off solo home run to make it 2-1.

The next three Indians hitters would be retired and Bauer would come in to work the bottom of the 19th.

Bauer closed it out, working five innings on the day, and improving his record to 7-2 on the season.

The Indians improve to 49-30 on the season, winning a franchise-record 14 straight games.