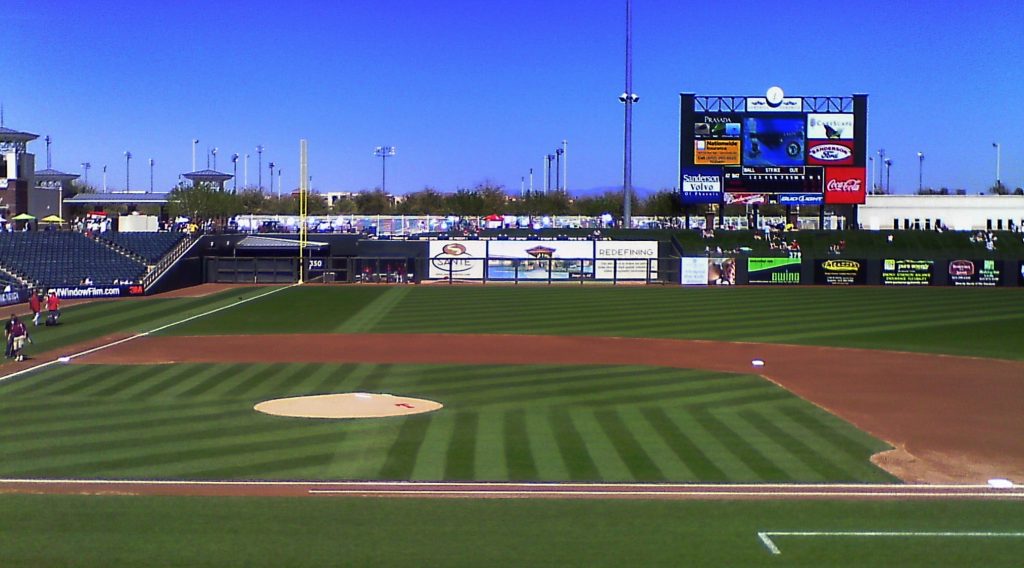 Friday afternoon the Indians fell in Surprise Stadium, losing a 5-2 decision to the Texas Rangers.

Carlos Carrasco got his second start of the spring, and worked deep into the fifth inning, fanning six without issuing a free pass.

He allowed three runs, all earned, on five hits with no walks and six strikeouts in 4.2 innings. Carrasco surrendered all three runs on four singles and a sac fly by the Rangers in the fourth inning.

After Carrasco left the game, lefty Tyler Olson and righty Jusin Grimm each turned in a scoreless relief outing. Both have been solid this spring, Olson has sported a 1.42 ERA thus far in the spring, while Grimm’s ERA is at 1.23.

Both relievers have held opponents scoreless in six of their seven respective Cactus League appearances this spring.

The Indians offense was led by right fielder Trayce Thompson, who hit a solo homer to left in the eighth inning, and Ryan Flaherty singled and scored on a ground out in the 9th for the teams two runs.

Saturday the Indians are back in action as they will be at Tempe Diablo Stadium for a 4:05pm meeting with the Los Angeles Angels.

Mike Clevinger (1-0, 3.18) will take the hill for the Indians, the Angles have yet to name their starter for Saturday’s affair.

The matchup against the Angels will be broadcast on SportsTime Ohio and across the Indians Radio Network, including WTAM in Cleveland.