Carlos Carrasco Is “Close” to Rejoining Club; Could Make One More Rehab Start 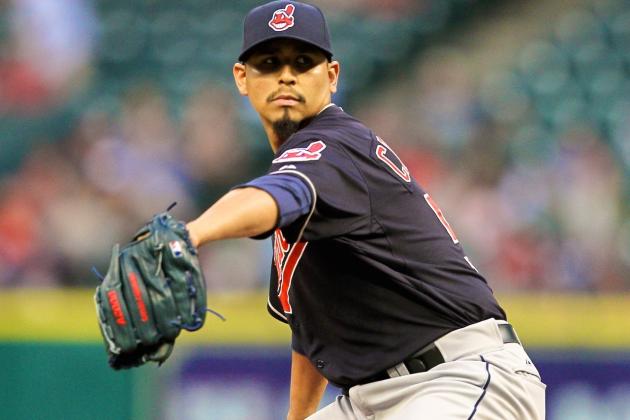 Indians starting pitcher Carlos Carrasco is “close” to rejoining the club after being sidelined since Late-April due to a hamstring injury.

Indians General Manager Mike Chernoff told MLB Network Radio the right-hander might make one more rehab start or could be back in Cleveland before that.

The Indians have had stellar starting pitching, for the most part, from Corey Kluber, Danny Salazar, and Josh Tomlin; but the rest of the rotation, which has consisted of Trevor Bauer, Cody Anderson, and Mike Clevinger, has had its ups and downs.

When Carrasco returns, the most likely candidate to return to Triple-A would be Clevinger, but if Bauer’s struggles persist, it’s possible we see Anderson and Clevinger back in Cleveland to start down the road this season.