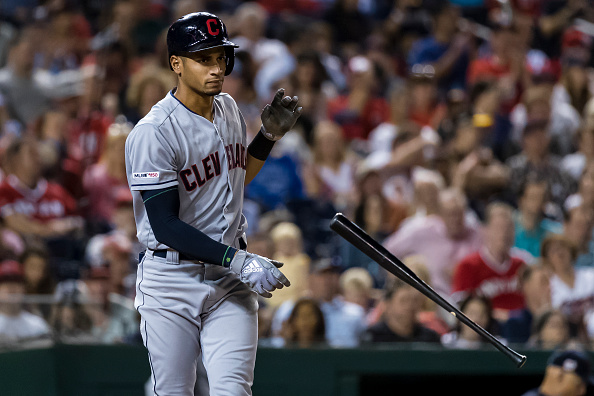 Plenty of ink has been spilled this winter detailing concerns with the Cleveland Indians’ outfield. Finding everyday starters essentially requires the Tribe to pick among a giant pile of average, with bright spots few and far between.

When sifting through Cleveland’s crop of outfielders, fans often utter the phrase “at least Oscar Mercado is a sure thing” as some semblance of reassurance. After all, he helped spark a dormant Indians offense when called up from the minors last May, at one point being discussed as a potential rookie of the year candidate. As a result, Mercado is seen by many as the lone outfielder not carrying a massive question mark with him this spring.

Unfortunately, not everyone buys into that. In fact, projections don’t just have Mercado falling back to earth in 2020, they’re basically predicting he turns into a pumpkin. Both FanGraphs and Steamer expect him to be worth nothing more than one win above replacement this summer.

The Indians, who need whatever sense of reliability they can find in the outfield, are obviously hoping Mercado can once again buck his sub-par expectations.

Francisco Lindor on the His Future, Where Talks Stand with the Indians
Can Jordan Luplow Can Be More Than a Platoon Outfielder for the Indians in 2020?