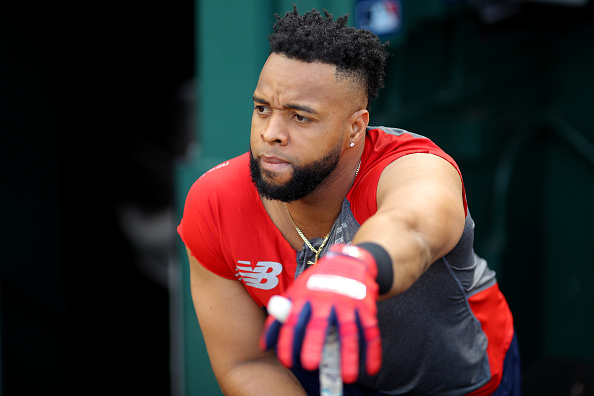 When it comes to picking the 2019 MVP for the Cleveland Indians, there’s little room for debate.

It’s Carlos Santana. By about a mile.

Sure, Shane Bieber (5.6) and Mike Clevinger (4.5) each had a higher WAR, while Francisco Lindor tied with Santana in that department (4.4).

Still, nobody did more for the Indians’ offense than their first baseman.

In fact, for large chunks of the season, Santana was Cleveland’s offense. He kept the team afloat while Lindor recovered from injury, and while Jose Ramirez endured a brutal slump.

Simply put, were it not for Santana, the midseason standings gap between Cleveland and the Minnesota Twins would’ve been insurmountable. It was without a doubt the best season of his career, made all the more surprising by the fact it occurred at age 33.

Can it be repeated, though? Can he even come close to replicating his outstanding 2019 numbers this summer? Can the Indians confidently assume Santana will once again maintain his role as their offensive spark plug?

Before addressing 2020, you have to take a deeper dive into just how good Santana was last season.

Cleveland fans were likely happy to see the Tribe bring back the popular first baseman after he spent a year in Philadelphia. However, even the most optimistic supporters couldn’t have predicted how big of an upgrade Santana would be.

Speaking of outdoing Father Time, just look at how Santana’s slash line from last year compared to league average for players at age 33.

When Cleveland moved to bring Santana home last winter, a bounce-back season didn’t seem far-fetched. His struggles in Philadelphia could be seen as the result of playing in a new uniform for the first time since 2010.