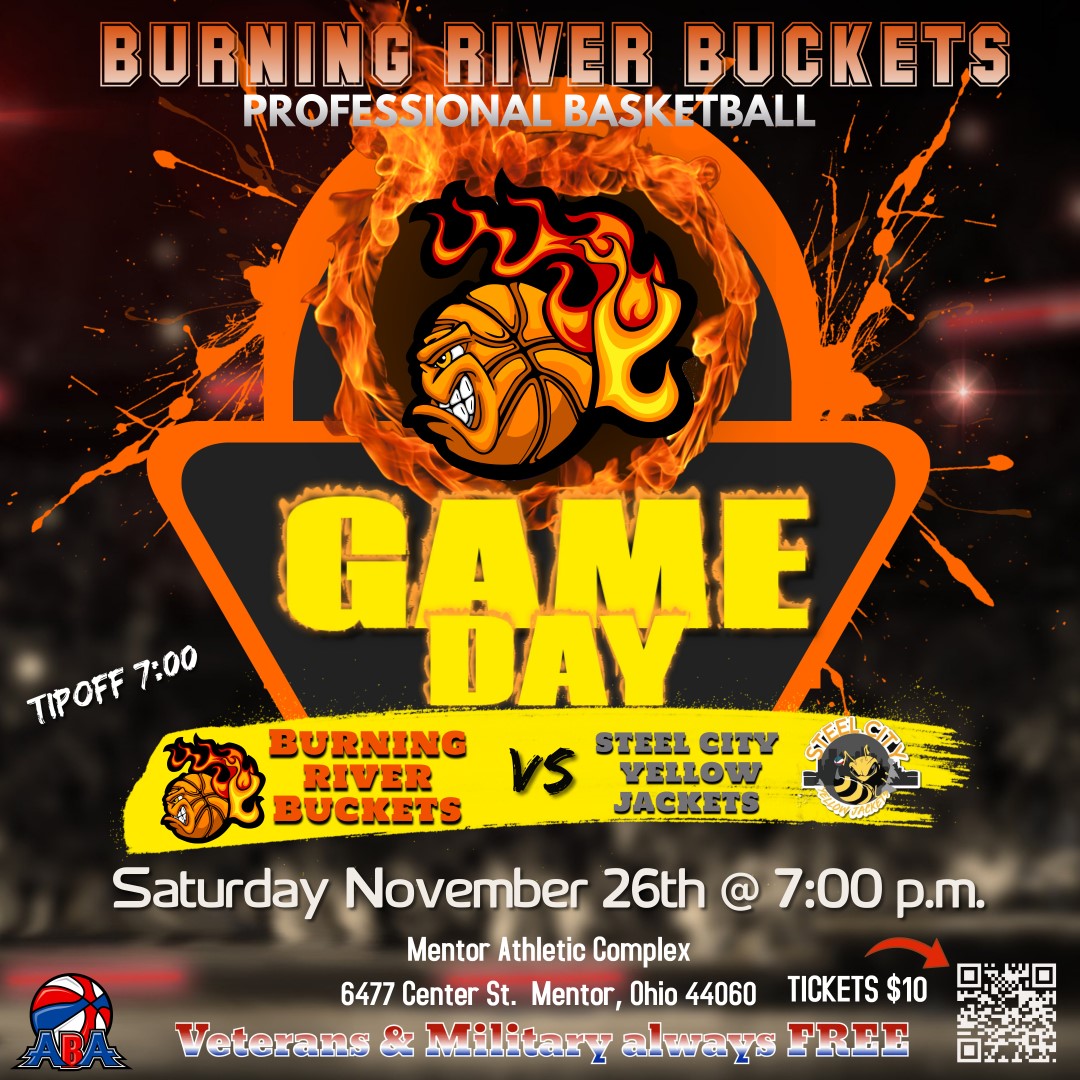 The Burning River Buckets (4-0) are back home this weekend in a big matchup against the Steel City Yellow Jackets (4-0) in what will certainly be one of the games of the year. The Buckets come home after traveling to Akron and Indianapolis this past weekend and winning over the Aviators 137-107 and the Lyons 110-102. And now the test.

Steel City Yellow Jackets also come in undefeated after narrowly defeating the Ohio Bruins 131-130. Steel City comes in ranked #1, while the Buckets are ranked #10. This will be a game with a playoff feel as both teams have National Championship aspirations.

The Buckets would put the rest of the conference on notice with a win. They have climbed up from starting the season ranked #21, to the now ranking of #10. With a fully healthy team, the Buckets are looking to show the rest of the ABA they mean business this year.

When talking to Team President and Owner George Phillips, the main take away is these are the games that really mean something. “Of course, we want to win them all, but I REALLY want these games.” Steel City is the reigning defending national champions, which is the position the Buckets want to be in. sending a message this early in the season would be a nice start.

The Buckets will be introducing a new concession sponsor this week as Jackpot Chicken Food Truck will be in the building. Come on out and support the Buckets as they continue their quest toward a championship!!