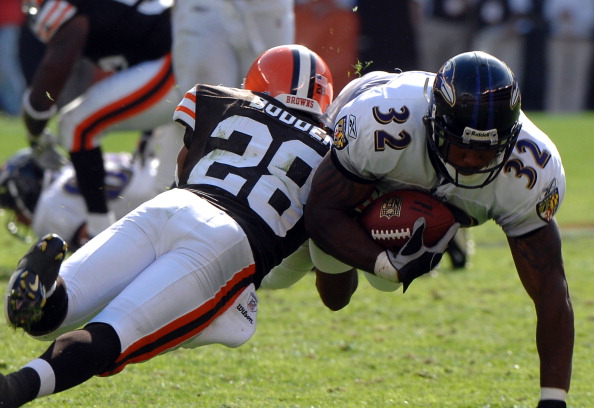 The Browns led 14-0 as they scored the first two times they had the football: first, on Derek Anderson’s 2-yard pass to Joe Jurevicius, and then on Anderson’s connection with Braylon Edwards on a deep route for 78 yards.

Anderson, making his third start after replacing Charlie Frye during a 34-7 season-opening loss to Pittsburgh, finished 10-of-18 for 204 yards. Edwards had three catches for 97 yards and Kellen Winslow four for 96. The Browns defense allowed 418 yards and 26 first downs, but Baltimore turned the ball over twice and missed two field goals.