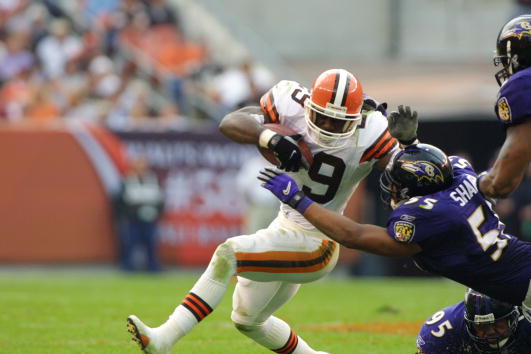 This was the first win for the Browns over the Art Modell-owned Ravens after losing their first four games to Baltimore, being outscored 114-26. The triumph was made better by the fact that Baltimore was the defending Super Bowl champion.

Tim Couch’s third-quarter touchdown passes of 29 yards to Kevin Johnson and 36 yards to Quincy Morgan put the Browns ahead, 24-6. Couch finished with 11 completions in 18 attempts for 149 yards. James Jackson ran for 77 yards in 24 carries, including an 11-yard first quarter touchdown for a 7-0 Cleveland lead.

Baltimore outgained the Browns, 375-237, but committed all of the game’s three turnovers. The Browns’ defense tallied seven quarterback sacks, including two by end Keith McKenzie.

The surprising Browns became 4-2 with the win, but finished 7-9. Baltimore was 3-3 on its way to a 10-6 record. The Ravens earned a wild card and defeated the Miami Dolphins in the playoffs before a divisional playoff loss to Pittsburgh.