5 of the Most Frustrating Browns Loses Since 1999 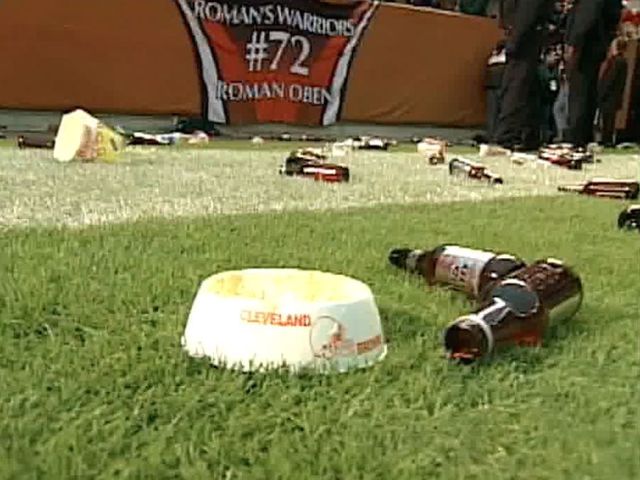 Sunday’s heart-breaking, last-second loss to the San Diego Chargers was another tough pill to swallow for Browns fans. The offsides penalty that negated the missed game tying field goal was the single most frustrating play of this young season.

Here are five other losses that more than likely conjure nightmares for some die-hard fans.

Down by less than a touchdown with less than two minutes to play at home against the Jaguars, Tim Couch hits Quicy Morgan to convert a fourth down. After Couch spiked the ball to stop the clock the refs decided to review Morgan’s catch. They ended up reversing the call, prompting Browns fans to riot in what is now known as the infamous ‘Bottlegate’. Browns lost 15-10.