Bradley’s Debut a Hit, Indians Get Another Sweep Over Detroit with 8-3 Victory 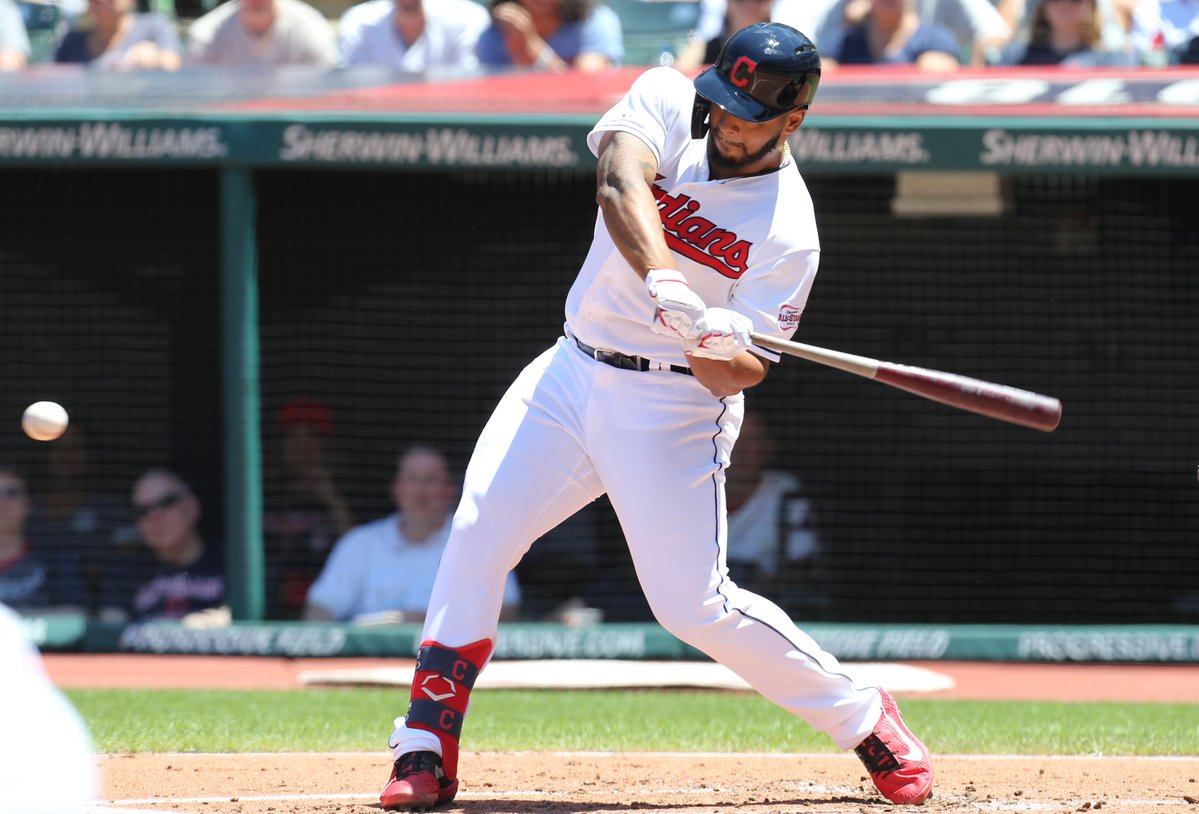 Indians fans who have been clamoring for the call-up of Bobby Bradley got their wish on Sunday, and with it the high profiled slugger got his first Major League hit, as well as first MLB RBI in the Indians 8-3 win over Detroit.

Bradley and the offense caught fire after falling behind 1-0, putting up five runs in the second to give starter Zach Plesac more than enough room for the win.

The victory puts the Indians at 42-35 on the year, and they now have swept the Tigers over two straight weekends, which wouldn’t have been a stretch if you used a BetAmerica promo code to see they were favored in all six games.

The Tribe will welcome the Kansas City Royals for the start of a three-game set starting Monday at Progressive Field before heading back out on the road.

Here’s a couple quick takeaways from the Tribe’s five-run win over Detroit.

After weeks of Indians fans wanting to see the leader in homers in the International League, finally they got their wish Sunday as Bobby Bradley made a memorable debut.

The slugger, who went deep 24 times to lead AAA hitters with the Clippers in Columbus, came to the plate in the second and laced a double for his first Major League hit, also getting an RBI in the deal.

The ground rule double scored Jose Ramriez and put Jason Kipnis to third, and he eventually scored in the five-run frame.

The roster has been shifted now to be very different with the addition of Oscar Mercado and Bradley, and you can bet if these guys hit the team will have no choice but to keep playing them.

Sunday was a good start for Bradley, and while Indians fans can’t get too ahead of themselves, they have to be pumped at what they saw Sunday.

Just like in his loss against the Reds, Zach Plesac didn’t start off to well on Sunday, allowing a solo homer to start the game against Jacoby Jones.

After being down 1-0, the Tribe starter got five runs in the second and cruised from there, going seven innings, allowing a run on five hits with one walk and two K’s.

Plesac will be slated to take the bump again Saturday afternoon when the Indians play their second of a three-game set in Baltimore against the Orioles.

While the Indians got the brooms out early on Sunday, the team is on a roll, as they have now won 13 of their last 18 games.

The offense has put up 64 runs starting with their win back a week ago Friday in Detroit against the Tigers, that’s an average of 6.4 runs per game, which is going to win you a lot of games with this pitching staff.

The averages are also climbing as this team has gotten hot:

With the offense putting up close to six and a half runs a game, these averages will only continue to get better and the wins should keep on coming.

Report: Bobby Bradley Called Up from AAA Columbus
Pitching Matchups for the Indians Three-Game Home Set Against the Royals