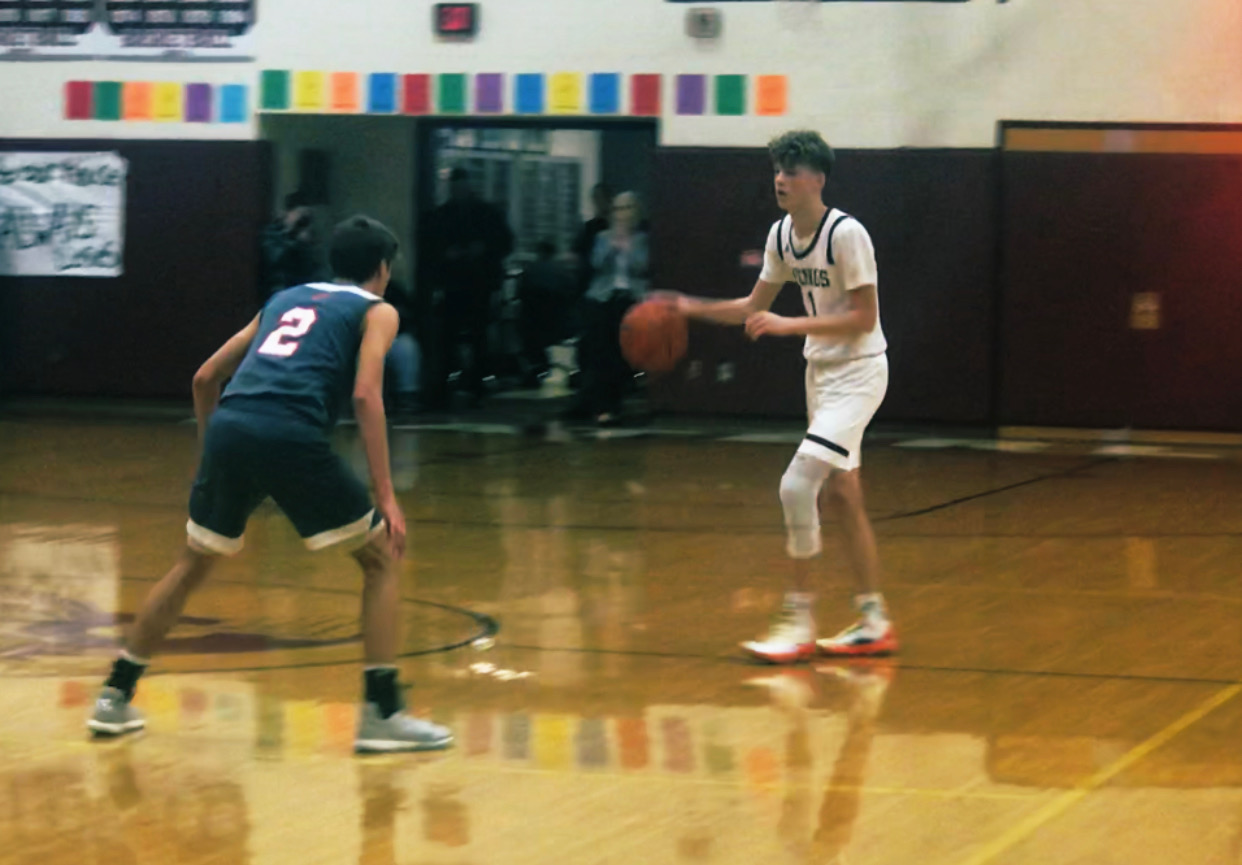 ATWATER, OHIO – Going up against a one-loss team, state ranked team in front of a near capacity crowd might give some players serious nerves.

If anybody was nervous on the Waterloo squad, they certainly didn’t show it.

The Viking trio of Vaughn Dorsey, Caleb Francis, and Kyle Shockley were feeling great early. Their hot start would propel Waterloo to a 9-2 run to open the game.

They continued to keep their foot on the gas, outscoring Crestwood 23-10 in an opening frame that was capped off with a one-handed jam by Dorsey.

The Vikings sustained their dominant performance into the 2nd quarter, and frankly, for the remainder of the game. Francis, the primary sharpshooter of the team, buried three shots from beyond the arc in the first half. He finished the game with 21 points, 11 of which came in the first half.

Dorsey, Francis, and Shockley outscored Crestwood 35-23 in the first half, as Waterloo led 43-23 as a team.

Crestwood kept the game a little closer in the second half, but they were still outscored by double digits.

Blaze Angle and Trent Jakacki tried to keep their team within reach, but their 29 combined points just was not enough to keep up with the offensive showcase displayed by Waterloo.

Trent Jakacki buries a triple for Crestwood as the Red Devils are trying to climb back.

Leading 61-37 heading into the fourth, Waterloo continued their offensive barrage.

Shockley, a standout junior point guard, lifted off for multiple dunks in the fourth quarter to keep the fans in a frenzy. He was impressive all night on both ends, and has really solidified himself as a leader on his team.

It was the fifth best offensive output for the Vikings this season, all against a Crestwood team that usually prides itself on strong defense and consistent perimeter shooting.

The Red Devils’ three point shooting was consistent in this one, but not in the way they are used to.

They finished the game shooting 3-for-23 from deep (13%), despite seeing open looks throughout the contest.

Crestwood drops to 15-2 after giving up the most points on defense this season, as well as posting their second lowest point total.

The Red Devils will look to recover when they travel to Ravenna Southeast on Friday.

Waterloo improves to 17-1, strengthening their hold atop the Mahoning Valley Athletic Conference standings.

They will look to win their 11th straight game on Friday when they host a struggling Jackson-Milton squad.