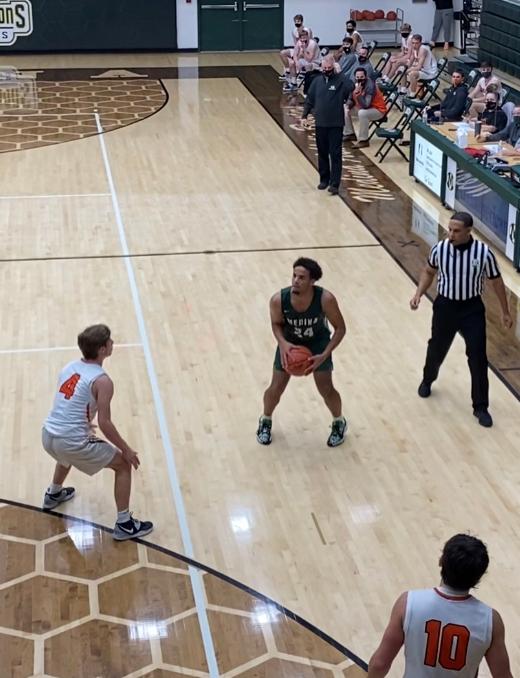 MEDINA, OHIO — Despite losing 2019-2020 GCC Player of the Year Kyle Szumski, Medina looks to be just as good as last season.

The Bees rode a 28 point clinic from Corey Tripp and showcased their depth in an impressive 72-53 victory over Green.

Green, who won 19 games last season, came out with a competitive first half performance behind Zack Oddo and Trey Martin.

Medina led 18-13 after the first before Green was able to cut the deficit to 29-27 at halftime.

Green continued to keep the game close in the third quarter, tying the game up 36-36 near the halfway point.

Great ball movement by Green leads to a Zack Oddo bucket, tying the game up 36-36 in the 3rd. pic.twitter.com/3bZYICEGTx

At this point, this explosive Medina offense began to take over.

3-point bucket by Tre Hammond gives Medina their largest lead of the game at 59-47. 4:41 in the 4th. pic.twitter.com/eUKz5SwPo5

The Bees outscored Green 21-10 in the final frame to close out an impressive showing in their home opener.

Corey Tripp led the Bees with 28, Trey Martin had 24 for Green. pic.twitter.com/0VqOVBhxfy

Despite a solid 24 point night for Trey Martin, Medina showed off their well rounded starting lineup, as well as impressive bench depth.

Medina will have a quick turnaround, as they host St. Ignatius on Saturday. Green is scheduled to face Hoover next Tuesday.