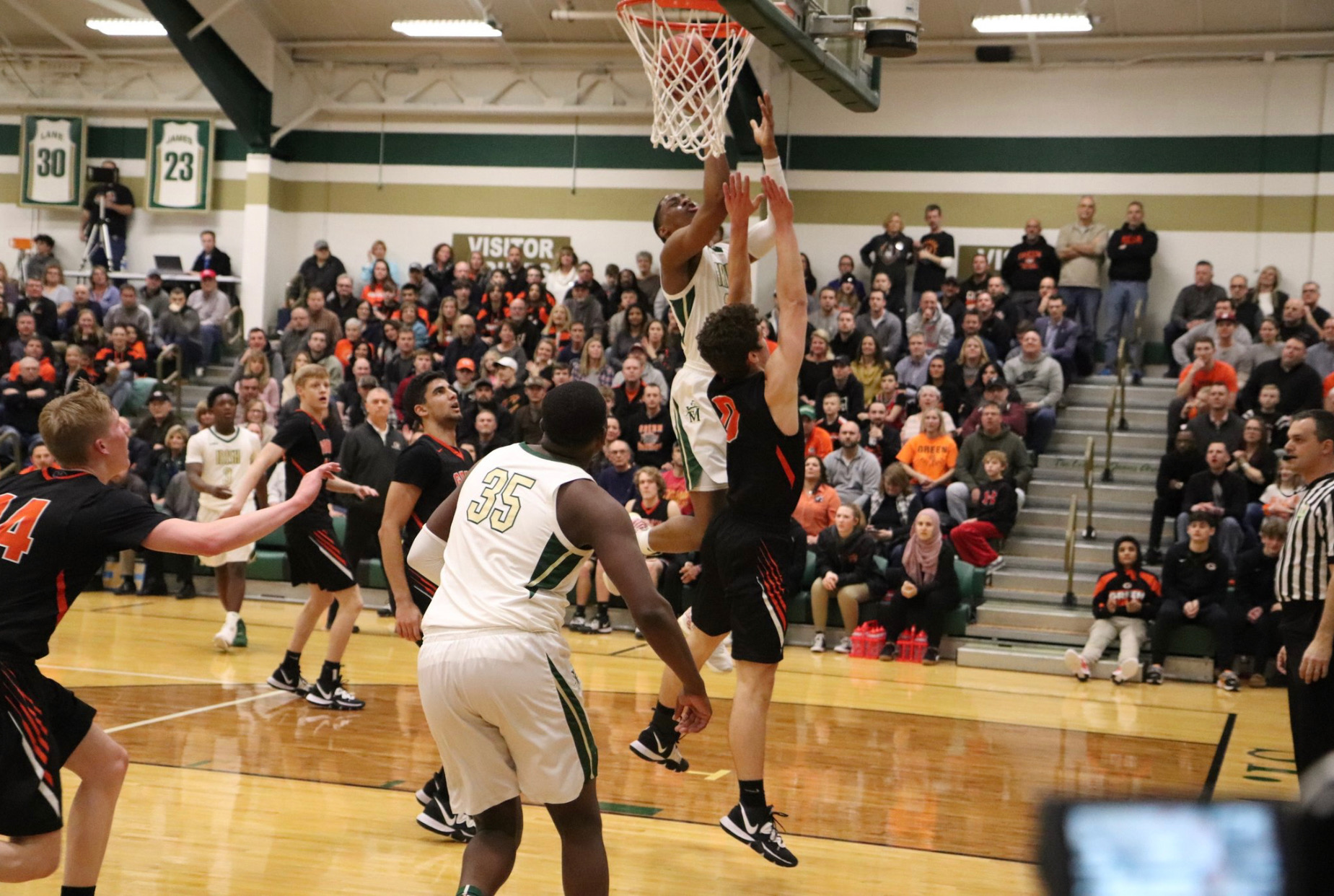 AKRON, OHIO – The Green Bulldogs might not have any flashy dunkers, massive post anchors, or 4-star recruits.

What they do have, however, is grit.

Grit, hustle, and passion are all words that would describe this Green basketball team. They took St. Vincent-St. Mary to the final buzzer, but it was the Fighting Irish who came out with a 54-51 victory on Tuesday night.

It was a three point barrage that kept Green in control for most of the first quarter. The Bulldogs started the game with five three pointers, including a pair from their leading scorer of the game Zack Oddo.

Shea Simmer beat the buzzer to close the frame, as Green carried a 17-16 lead into the second quarter.

Both teams would step up the defensive intensity in the second quarter, with several lead changes in the period. Donovan O’Neil had nine of his ten points in the first half, but 4-star junior Malaki Branham kept his Irish in the game.

With the score 29-26 in favor of Green, the nearly sold out Lebron James Arena started to feel like a major upset was brewing.

However, momentum would quickly shift in the third quarter. STVM exploded for a 15-2 run, giving them their largest lead of the game at 45-34. Branham and Darrian Lewis led the charge to put the Fighting Irish in control.

Green, a well-coached team with no quit, fought back. The Bulldogs would respond with a 12-3 run capped off with a Garrison Keeslar corner three to slice the deficit to 48-46.

With just under a minute to play, Keeslar drove on Branham for a tough fadeaway bucket to get the game within a possession.

Garrison Keeslar has been phenomenal tonight for Green, especially down the stretch.

54-51 STVM leads Green with just under a minute in regulation. pic.twitter.com/nGJlM1tVRE

Those would be the final points scored in this game.

After STVM missed two free throws with seven seconds to play, Keeslar found himself trapped in the corner with time about to expire. His heavily contested corner three missed iron, as St. Vincent-St. Mary escaped their home floor with a 54-51 victory.

It was a physical contest that saw both teams in the double bonus by the end of the second half. Frustration boiled over as the teams met at center court, but the players were quickly escorted to their respective locker rooms.

St. Vincent-St. Mary continues to roll, improving to 13-3 on the season. They will have the rest of this week off before facing Archbishop Hoban in “The Akron Holy War” next Wednesday.

Green drops to 13-2, and will host Canton McKinley on Friday, a team responsible for their only other loss this season.