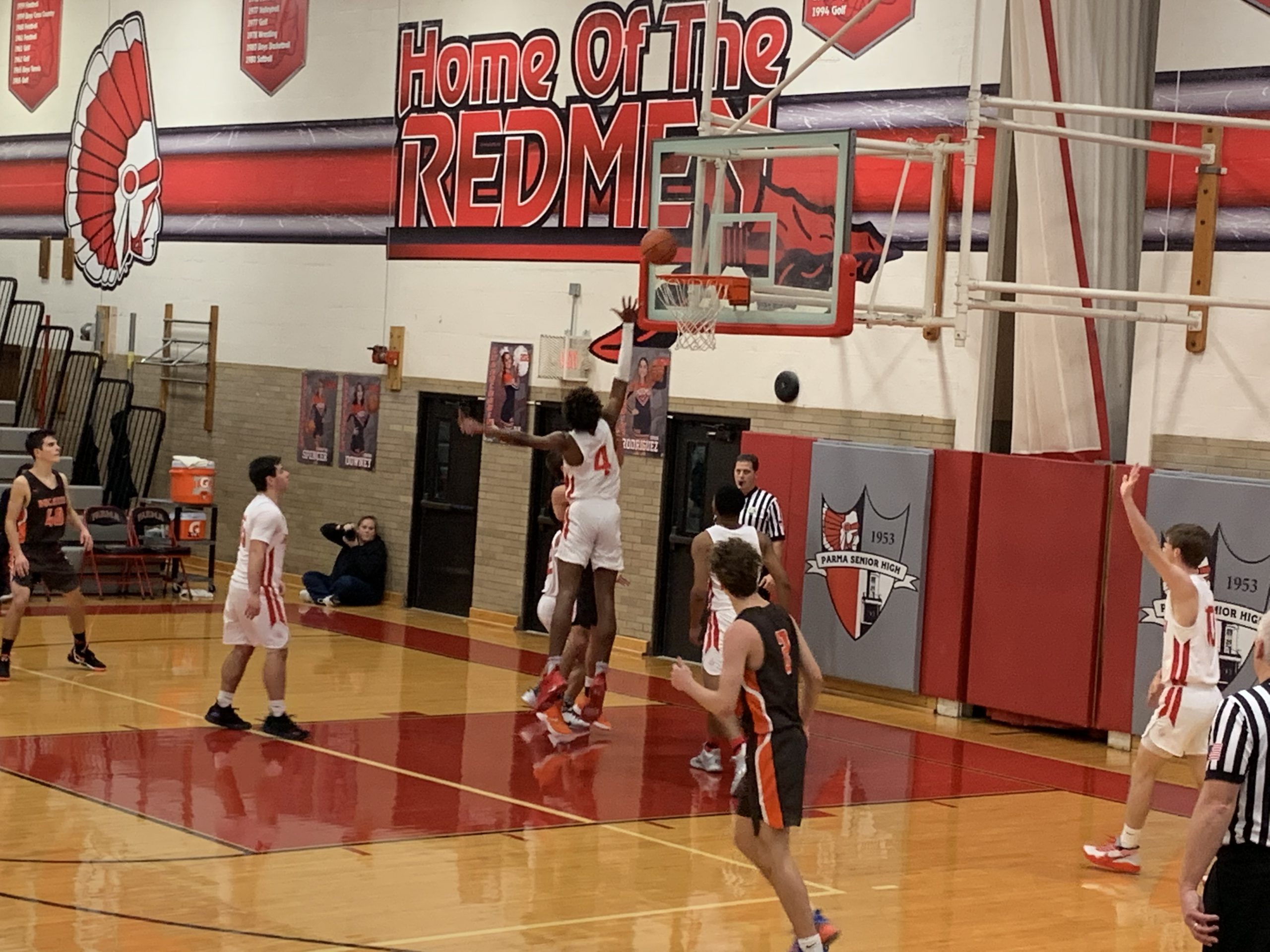 Parma utilized a furious second-half comeback to erase a 12-point half-time deficit to knot the game at 47 at the end of regulation.

In overtime, Parma jumped out to a six-point lead and held on, outscoring the Bucks 10 – 3 in the extra frame.

The comeback was fueled by senior forward Corey Gray’s 10 points in the fourth quarter. Gray, who was scoreless in the first half, finished with 15 points for the game.

His play was pivotal in the third quarter, contributing eight points, including two big three-point shots.

He added a huge three-pointer in the overtime session to jumpstart Parma’s victorious surge.

The game started slowly for both teams. After an early 5 – 3 lead on point guard Allan Eason’s two quick baskets, the Redmen would not score for the remainder of the quarter as the Bucks built a 9 – 5 lead.

Buckeye scored all nine points on three-pointers, with sophomore Nick Miller connecting on two them and senior Owen Knittel hitting the other one.

Miller finished with a game-high 19 points, including four three-pointers. He provided the Bucks only field goal bucket in overtime.

Parma’s cold shooting continued in the second quarter, as they were outscored 16 – 8 to trail 25 – 13 at the half.

He would finish with nine points after fouling out early in the final quarter.

In the second, the roles were reversed as the Bucks shooting went cold, in part because of increased defensive pressure by Parma.

Parma, meanwhile, fed off the rising excitement of the home crowd with each made bucket or Buckeye turnover to scrap their way back.

And after Eason fouled out 1:52 into the final quarter, Gray stepped up, scoring 10 of Parma’s 16 fourth-quarter points to send the game into overtime.

Besides the Big Three of Eason, Gray, and Rose, seniors Bobby Hausler and Brayden Humbel contributed 6 and 5 points, respectively.

Besides Miller’s 19 points, the Bucks had 10 points from senior Pat Midea and seven points each from sophomore Danny Flood and senior Clay Gunkelman.

With the victory, Parma remains unbeaten at 8 – 0 and visits Valley Forge this Friday night, December 20.