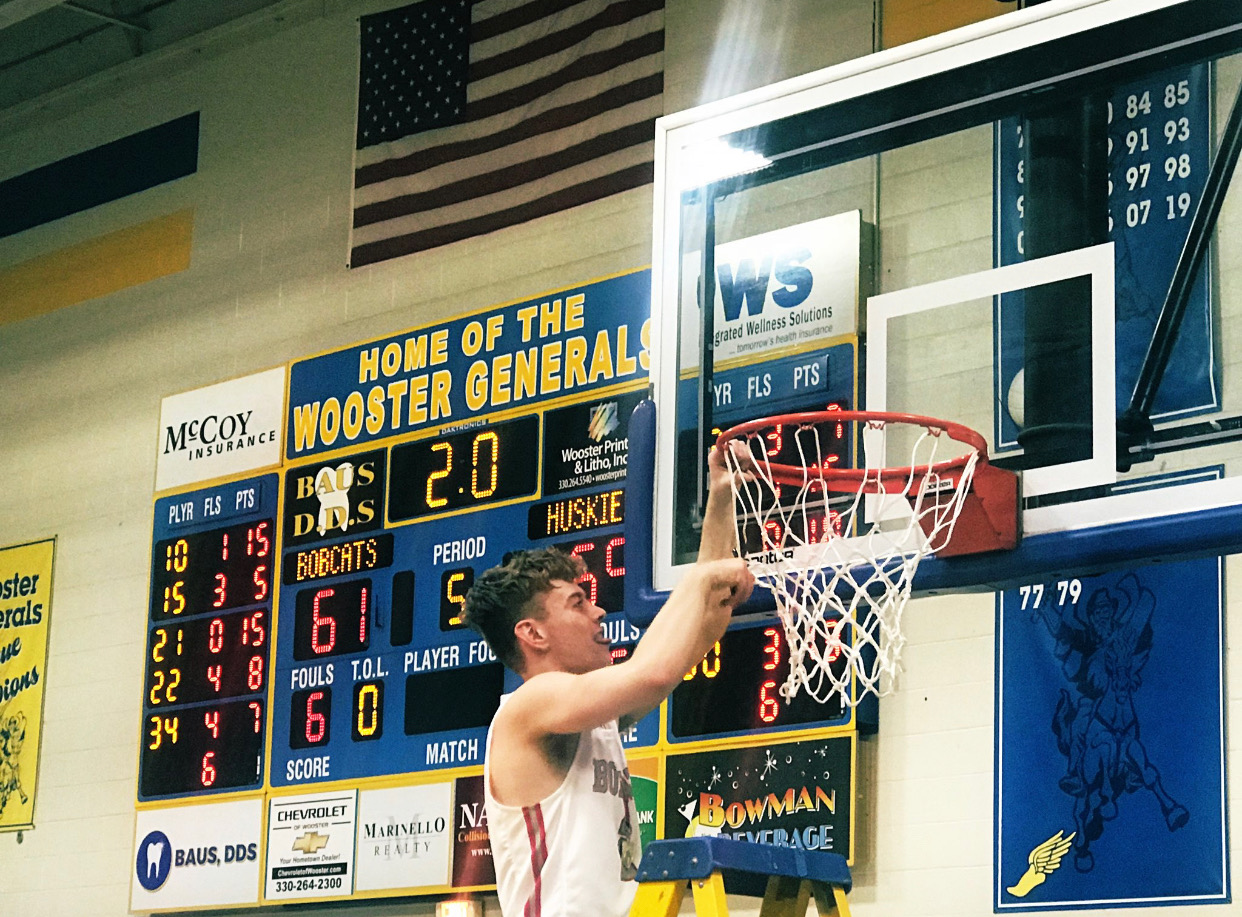 WOOSTER, OHIO – When Northwestern steamrolled Norwayne 92-68 back in December, it appeared that the Huskies would be the team to beat in Division III Wayne County Basketball.

However, Norwayne was able to get their revenge.

After beating the Huskies 57-54 in January, the Bobcats would follow it up with a 61-59 victory to win the season series, and the district title.

Norwayne used their size and athleticism to their advantage early, as they strung together several early blocks. They would start the quarter in a 7-0 run, prompting an early timeout from Northwestern.

Great start for Norwayne, as they have gone ahead 7-0 over Northwestern with 5:22 in the 1st. @NorwayneBobcats @NW_Schools pic.twitter.com/UtHs4H1nC7

Northwestern, a team that was averaging 72.9 points per game coming into the contest, was held to just nine points in the opening quarter. Norwayne held a 15-9 lead heading into the second.

The Bobcats continued to dominate on defense in the second quarter, pulling out to a 24-13 lead midway through the frame.

Norwayne continues to be DOMINANT on defense. Here’s a block from big man Jake Hanzie. 🎥⬇️

After that point, Northwestern got into their rhythm.

The Huskies rattled off a lead clinching 17-5 run to end the half, fueled by Cal Rhamy and JJ Cline, who each had nine points in the half.

Norwayne Senior Jake Hanzie led all scorers with 10 points at the half.

This Northwestern offense has the ability to explode at any given time, and they did just that, taking a 30-29 lead into halftime.

Just like they started the game, Norwayne began the second half on a 7-0 run. Sophomore Isaiah Portis finished with a game high 15 points, connecting on five three pointers in the game.

Norwayne sophomore Isaiah Portis has been impressive tonight, cashing in on four triples for 12 points. pic.twitter.com/r8O7AxRD26

But once again, Northwestern would come up with a run of their own to regain the lead by the end of the quarter.

Rhamy and Cline orchestrated another comeback, with help from Manny Siders. The Huskies led 48-46 with one quarter to play, and as expected, it looked like we were in for a phenomenal finish.

Northwestern steadily crept out to their largest lead of the game at 59-55 with 2:39 to play.

Both teams exchanged scoreless possessions before Hanzie connected with a corner three with 1:27 on the clock to cut the deficit to 59-58.

Joey Raudebaugh came up big down the stretch for his Bobcats. He forced a jump ball on a block, then came down on the offensive end and drew a foul with 26.2 left.

Raudebaugh split the pair to tie the game at 59-59. After a blocked shot by Jacob Rupp, Norwayne got one more chance to win the game with six seconds in regulation.

That’s when Ben Draper created the moment of a lifetime.

Draper took it coast-to-coast after the timeout, connecting on a moving, contested shot from the elbow to ice the game as the buzzer sounded.

With the game winner, Norwayne improves to 20-5, clinching the Division III, Wooster District Title. They will advance to face Warrensville Heights (14-12) on Wednesday at Canton Memorial Fieldhouse.

Northwestern finishes their third consecutive winning season at 19-6, and as district runners-up.