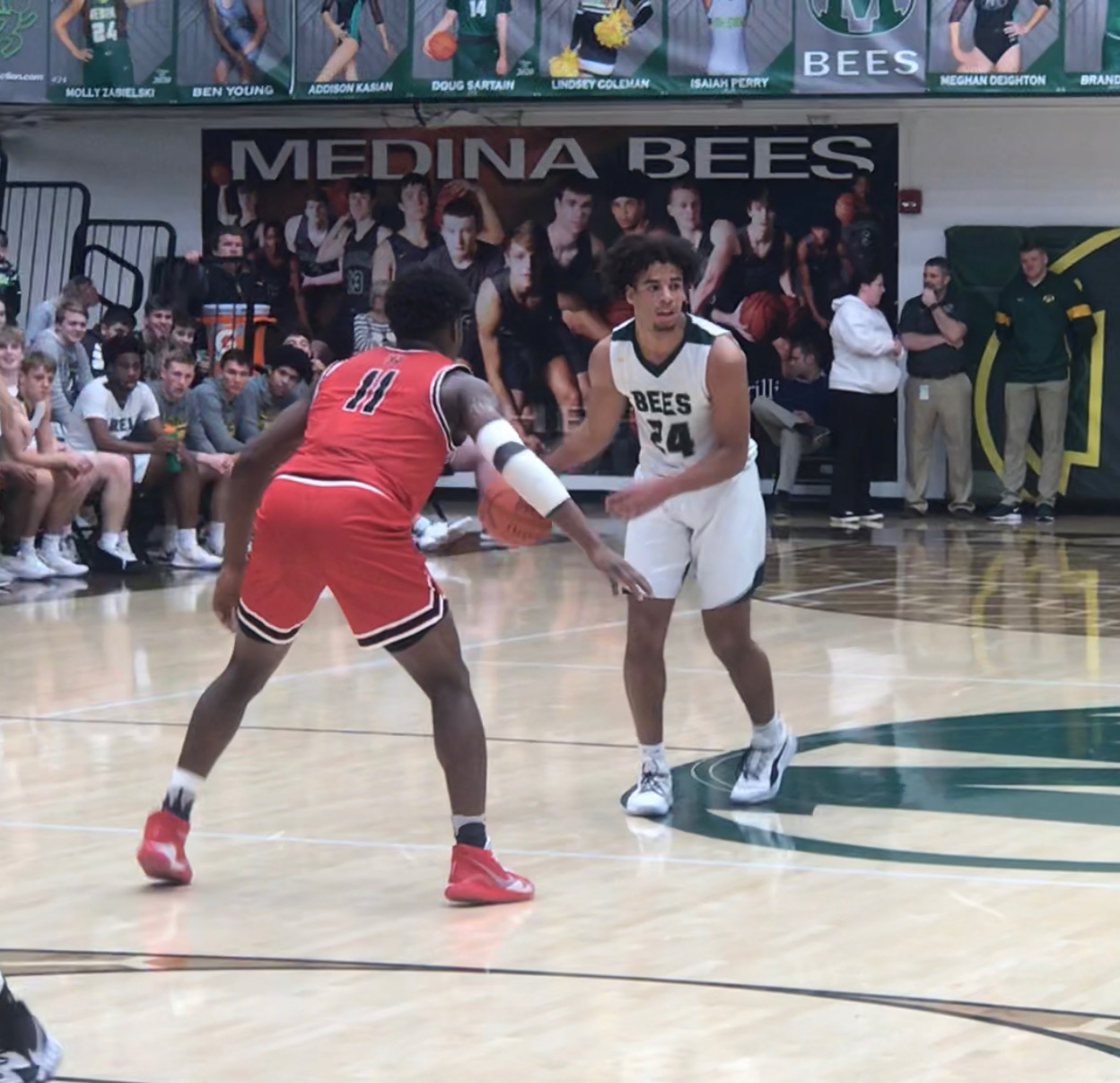 Corey Tripp, a junior with an offer from Bowling Green, went down in the second quarter. Early in the fourth, another starter in Spencer Aylward suffered an injury after going on a scoring tear just minutes prior.

Against a great team like Shaker Heights, many teams would have faltered after losing two starters. Instead, Medina elevated to the next level in an 84-68 win over a talented GCC rival.

It was a pretty even opening quarter, as Medina was able to use some late scoring to build a 19-13 lead.

It would be much of the same in the second quarter, as both teams exchanged baskets. Shaker Heights held a slight advantage in the frame, but Medina still carried a 31-26 lead into the locker rooms.

The Bees suffered a big blow in the final minute of the half. Their starting junior guard Corey Tripp went down with an ankle injury and was not able to return.

The third quarter is when both offenses really started to fire on all cylinders.

For Medina, it was the Spencer Aylward and Doug Sartain show in the third quarter. With Tripp out, the duo combined for 20 points (11 for Sartain, 9 for Aylward) to push their lead to double digits.

Spencer Aylward is TAKING OVER! He has 9 quick points in the third quarter, as Medina leads Shaker 45-36.@medinaathletics @raidersofshaker pic.twitter.com/IlbroZFUpW

Dakota Cochran and Danny Young Jr. also had a strong quarter to keep Shaker within reach. Medina won the quarter 25-20 to extend their lead to 56-46 despite solid performances from the two Shaker standouts.

To start the fourth, Medina lost Aylward to an injury. He attempted to return, but re-aggravated the injury on a charge attempt and had to leave the game.

With two starters down, it was a “next man up” mentality for the Bees.

And those men put the nail in the coffin.

Jack Hagan, Matt Spatny, and Jajuan Jackson were a few of the Bees involved in the final stretch.

While Medina is a very talented team, it was a surprising result for Shaker Heights. The Red Raiders came in off of a huge win over Lutheran East, while Medina had lost two straight.

Shaker Heights (15-3) will have a week off before facing Mentor next Friday, who is currently tied with Medina for the top spot in the GCC.

Medina (14-4) will hit the road next Tuesday when they visit Euclid, a team they defeated 88-64 earlier this season.