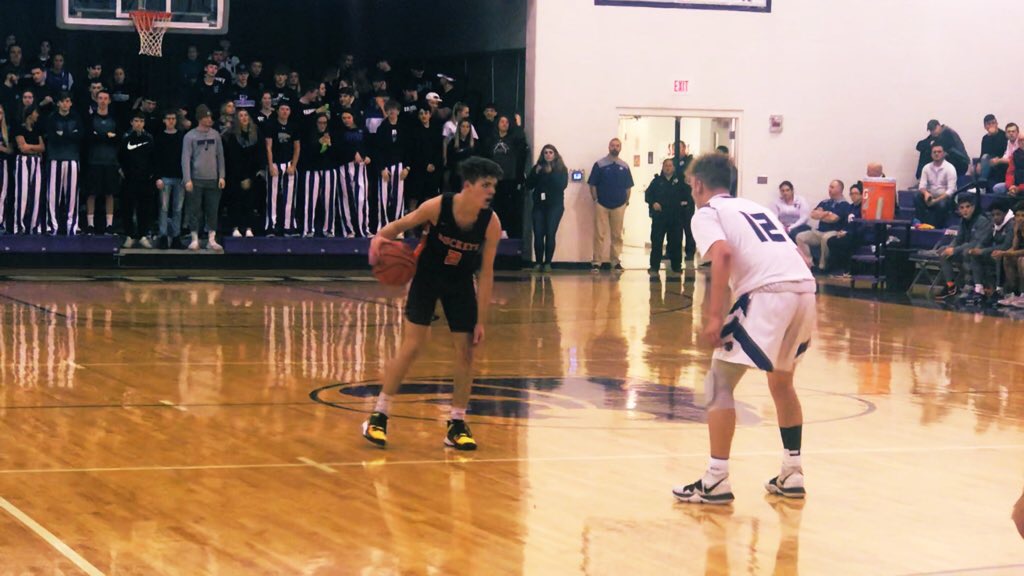 It took a little intentional foul help down the stretch, but Keystone broke that barrier for a season high point total in their 81-68 win over Buckeye.

Keystone was clicking on all cylinders from the opening tip, something they weren’t able to do in their 53-51 regular season loss to Buckeye.

Here we go! Starting off the game with a three from Keystone’s Ryan Walsh. @KHSathletics @BHSAthDep pic.twitter.com/325qRf83Z4

Freshman point guard Ryan Walsh and Kollin Rodick combined for 11 in the first quarter (49 points for the game) to lead the Wildcats to a 20-14 lead.

The duo would continue their strong performance for the second quarter as well, but it wasn’t without a little bit of a scare.

Danny Flood and Pat Midea led a charge that pulled Buckeye within a point midway through the second. Keystone was able to respond with a 12-3 run to end the half, capped off with a buzzer beater from Sean Saterlee to Bryan Sayers.

Coming out of the locker room with a 39-29 lead, Keystone continued a steady output of offense. Buckeye kept the game competitive in the second half, but they struggled to contain the dynamic duo of Walsh and Rodick.

Keystone extended their lead up to 15 in the third, but Buckeye was able to get it down to 53-41 heading into the fourth quarter.

It was desperation time for the Bucks, and that’s when Flood delivered the quarter of a lifetime to try and keep his team alive.

Flood scored a masterful 18 points in the frame, en route to a game high 32 points. He hit four shots from beyond the arc and was perfect from the line, leading Buckeye to 27 points on the quarter.

Lots of young talent on both of these teams. Can see them make a big jump next season. pic.twitter.com/5St2lT3DdH

Flood continued to connect on big shots to keep the Bucks in the game, but Keystone’s free throw shooting down the stretch sealed the deal.

The Wildcats went 10-for-12 at the line down the stretch to seal the 81-68 sectional semifinal victory over their local rival.

Buckeye played the intentional foul game until the bitter end, but the Wildcats success at the free throw line foiled any kind of comeback.

Buckeye, who came into the tournament as the 11th seed, finish their season 6-16. The Bucks have a bright future ahead, as they will build off of a successful sophomore season by guard Danny Flood.